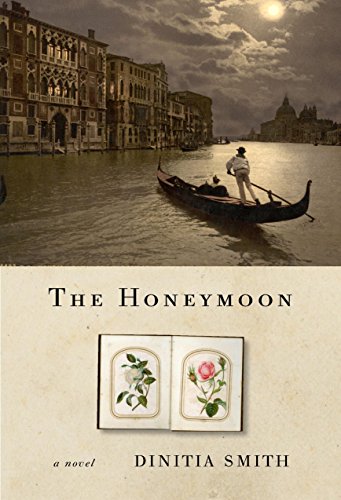 It is told primarily through her mind and memories as she lies alone in her honeymoon suite in Venice, while her new husband, 20 years her junior, paces on the balcony of his separate room. This was her first marriage, contracted at the age of 60, while still grieving for her partner of 26 years, George Henry Lewes, who was not only her lover but also her intellectual mentor and companion. Indeed it is George Lewes she is thinking of as much or more than John Walter Cross, who was assumed by the hotel staff in Venice to be her son.

It is a tribute to Dinitia Smith’s capacity to blend imaginative reconstruction with intensive research that the reader is gripped throughout with only very infrequent pauses to ask: But how could Smith possibly have known that? And indeed George Eliot’s life itself was the stuff of fiction.

Born a country girl with a brain that she was repeatedly told should have belonged to her brother, and considered unmarriageable on account of her plain looks, she was neglected by her mother though the favorite of her father who saw that she had the best education that he could afford.

A prodigious reader, she escaped to London and became a respected though usually anonymous reviewer of books and an editor for intellectual magazines though often for little or no money. As a single woman alone in a sophisticated metropolitan milieu and avid for friendship as well as intellectual recognition she was exploited sexually and professionally by a number of male friends and colleagues, before finding her soulmate, the married writer, philosopher, and critic George Henry Lewes, who encouraged her to produce rather than merely review and promoted her interest with publishers.

Following the practice of the day she adopted a male nom de plume for her first major publication Scenes of Clerical Life and maintained it through her other even more celebrated novels Adam Bede, The Mill on the Floss, Silas Marner, Middlemarch, Daniel Deronda, etc.  Middlemarch is still widely regarded as one of the great English novels of all time and was a watershed in her reputation and celebrity.

Unlike her contemporaries the Brontes (Currer, Ellis, and Acton Bell) who were much more reclusive, her actual identity does not appear to have been well-concealed as the two Georges were lionized in the best intellectual, artistic, literary, and musical circles, even being courted by the royal family and the Anglican Church establishment, despite Eliot professed atheism. The couple traveled widely in Europe, on one occasion played to by the composer Liszt in Weimar.

Eliot’s literary output made her a rich woman, and she was a generous supporter of friends, family, and family by adoption—though many of her own family rejected her on account of her atheism and her liaison with a married man.

Her short and unconsummated marriage was blighted by the psychological fragility of her husband and her own health problems. She died at home in 1880 at the age of 61 with him at her side.

While hard-line historians could have problems with this distinguished piece of bio-fiction—and perhaps particularly with title—most readers, even dedicated admirers of her work, will learn something new about the author and her extraordinary life.

Smith has made excellent use of the fact that George Eliot moved in a milieu where everyone wrote to and about each other, kept journals, and were seen at the best plays, exhibitions, and concerts, which were themselves extensively reported upon; in addition to producing novels, criticism, biographies, works of history and philosophy at an extraordinary rate. One very minor improvement would be the inclusion of a few more actual dates as the novel sweeps backward and forward across the decades—and perhaps also a clear graphic timeline charting major events and publications.