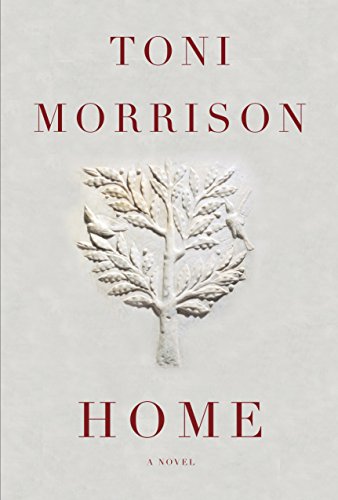 “Do reading group questions or MLA key words belong in the text? Or do they diminish the artistic effect, because such inclusions impose limits?”

Although Toni Morrison’s contributions to American literature are indisputable and impressive, she has sometimes been over-praised and treated as an icon more than as a living writer.

Time did not stop with the 1993 Nobel Prize. She is still hard at work. Every five years or so, she produces a new book. From an artistic point of view, giving the author due respect means giving her a close reading. That is, her words should matter more than what she has come to stand for.

Her latest novel, Home, is serious literary fiction with an engaging story but, as in her previous novel, A Mercy (2008), or in her recent stage collaboration with Peter Sellars and Rokia Traoré in Desdemona (2011), Ms. Morrison strains for effect and occasionally falls into didacticism. The novel is by turns intriguing and mannered, as ideas and technique do not always converge.

Home tells the story of Frank Money, a Korean War veteran struggling to gain a foothold in his transition back to civilian life. For Frank, coming “home” means a return to the racist hostilities of 1950s America, a bad situation made worse by his mental condition, since Frank suffers from war-related PTSD. His symptoms include hallucinations and uncontrollable rages that are dangerous, most of all to himself. In some respects he recalls Shadrack, a shell-shocked character from the author’s 1973 novel Sula, but Frank’s portrait is more nuanced, and allows the reader more access to his internal griefs.

Upon learning that his younger sister Ycidra (fondly known as “Cee”) is in deep trouble, Frank embarks on a cross-country trip to come to her aid. His final destination is the tiny town of Lotus, Georgia, which represents the “home” of his youth, a locale that stirs conflicting emotions: “He could not believe how much he had once hated this place. Now it seemed both fresh and ancient, safe and demanding.”

Frank’s voyage, then, is not only through space but also through time. It is both a road trip and a remembrance of things past. Along the way, the reader encounters a wide range of characters, his sister Cee being the most important, while his extended family, notably his tightfisted grandmother Lenore and Frank’s erstwhile girlfriend Lily, also figure largely.

An interesting mix of minor players includes preachers, a sly train waiter, a crazed drummer, and a sinister eugenicist doctor who keeps a bomb shelter in his basement. Historical references are sprinkled throughout and serve as spice. Some are well-known, such as Lloyd Price performing “Lawdy Miss Clawdy,” while others are obscure, like Albert Maltz, the blacklisted author of The Morrison Case.

Ms. Morrison’s narration is jittery and uses frequent shifts in chronology and point of view. It begins by revisiting the author’s 1992 lyric “Whose House Is This?” This short piece underlines the pained perplexity of an outsider, and the search for home.

The rest of novel relies on frequent metafictional commentary from Frank to the ostensible writer about how to tell the tale. Thus, the process of representation becomes a part of the story, too.

In reference to Korea, Frank warns, “You can’t imagine it because you weren’t there. You can’t describe the bleak landscape because you never saw it.” Elsewhere, he admonishes the writer for erring in her description in an earlier chapter about a brutalized couple on a train. This claim is problematic because Frank’s reproach partly misrepresents the chapter.

Who is right? The stakes are high and the author’s handling of the problem is deft and avoids becoming a cute postmodern game of cat-and-mouse. This technique proves particularly effective late in the novel in regard to a surprising revelation about Frank’s war experience in Korea.

Unfortunately, though, this narrative sophistication also shares the page with a certain clumsiness of craft. The effect can be jarring, like watching a figure skater perform a difficult jump, only to slip and fall a moment later on a basic maneuver.

For example, the early chapters indulge in an elliptical and portentous tone. Something Big Is Happening, the reader is told, but the effect is more coy than dramatic. Characters have overwrought names like Frank Money and John Locke.

Sometimes the prose gasps and becomes purple. Ms. Morrison writes: “In the post-blast silence the pleas wafted like the sound of a cheap cello coming from a chute of cattle smelling their blood-soaked future.” Or there are basic factual errors (e.g., Chevron oil stations didn’t exist in the 1950s).

There is also an awkwardness of register. Some passages seem to court an academic audience, as when Frank advises, “When you write this down, know this: she was a shadow for most of my life, a presence marking its own absence, or maybe mine.”

Want some Derrida? Got it covered! Elsewhere, the text over-explains when Frank watches a jazz performance and the reader is soberly instructed: “After Hiroshima, the musicians understood as clearly as anyone that Truman’s bomb changed everything and only scat and bebop could say how.” Want a book club discussion? Got that covered, too!

Of course, there is nothing “wrong” with either academic discourse or with reading group talking points. Both are part of the conversation of literature. (No doubt many readers will find added value in this style and believe that the novel is “richer” for it.) But it’s worth asking: Do reading group questions or MLA key words belong in the text? Or do they diminish the artistic effect, because such inclusions impose limits?

In such cases, the story becomes larded with “lessons,” and it feels as if the author does not trust the reader. Home succeeds best when it stays in character, when it charts a process, apart from the author’s “answers.”