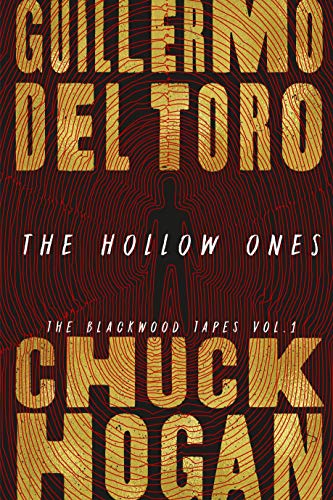 “The Hollow Ones is definitely recommended reading for everyone with a taste for occult detective fiction . . .”

There’s a very strange little building in Manhattan’s financial district that no one ever notices. Four feet wide and 30 feet high, wedged between 13 and 15 Stone Street, its only distinguishing feature is a cast-iron, Edwardian-style mailbox.

The building and its box date back to Dutch colonial times. About once every three weeks someone drops a letter into the mailbox. No one ever seems to pick them up, but they’re all addressed to the same individual: Hugo Blackwood, Esq.

When FBI agent Odessa Hardwicke and her partner Walt Leppo respond to a bizarre killing spree in Upper Montclair, New Jersey, she watches in horror as a suddenly crazed Leppo subdues the subject, takes the man’s knife, and uses it on the little girl they’re trying to save. She’s already shot the suspect; Odessa has no choice but to shoot Leppo as well. As her partner dies, a strange, foul-smelling mist rises from his body.

Not long after she’s placed on administrative leave pending the outcome of the investigation into the shootings, her career and life in tatters, Odessa finds herself dropping her own letter into the strange mailbox at 13 1/2 Stone Street.

The Hollow Ones is a brand-new occult mystery by the formidable writing team of Guillermo del Toro and Chuck Hogan. Originally from Mexico, del Toro has developed a reputation for his work in dark fantasy and the occult, having directed films such as Hellboy (2004), Pan’s Labyrinth (2006), and The Shape of Water (2017), which received Academy Awards for best picture and best director.

Chuck Hogan is a novelist and screenwriter known for his Hammett Prize-winning crime novel Prince of Thieves (2004). Together, del Toro and Hogan have also written The Strain trilogy of novels, which were adapted into comic books and a television series.

Which is where we come in with The Hollow Ones. The authors have presented us with a great premise and interesting characters, along with a promise of much more to come, but the plot for this novel feels more like an origin story, a Hugo Blackwood Issue #1 comic book, than a solidly crafted novel that could stand on its own merits if something happened and the authors never got around to Issue #2.

The secondary story thread that dips back into the 16th century to trace Hugo Blackwood’s beginnings is a bit clunky and over-written. The thread that follows the early career of FBI agent Earl Solomon, however, a Black rookie sent to the Mississippi Delta in 1962 to investigate the strange lynching of a white man, is much better. Solomon jumps off the page, the scenes are tight and suspenseful, and it reads very quickly.

After Odessa Hardwicke is sent to clean out Solomon’s desk while on administrative leave, Solomon now being an old man confined to a hospital bed with a terminal illness, she follows his advice to contact the mysterious Hugo Blackwood, with whom Solomon worked extensively—and reluctantly—during his career. She desperately hopes Blackwood can help her figure out what happened to her partner and other victims like him.

One of the challenges of supernatural fiction in general is getting through the initial disbelief of main characters that something weird and occultish really is happening, despite the fact that their rational mind insists it’s impossible. The authors need to get these folks over the hump and get on with the story without too much delay.

True to form, Odessa broadcasts a high level of skepticism on all wavebands. It goes on for too long, though, and at times it feels as though the authors are shooting for a Bogart-Hepburn type of back-and-forth between her and Blackwood. Unfortunately, it misses on dramatic edginess and strays into irritating and distracting debates between the two that go nowhere. Blackwood remains cryptic while Odessa is just really, really pissed off.

Nevertheless, The Hollow Ones features some good writing, with a few similes and metaphors that will bring the pencil up to the page for quick underlining. For example, when the unpleasant Jackson, Mississippi, special agent in charge introduces a young Earl Solomon to the local sheriff, the man’s “mouth unzipped a thin-lipped smile that revealed his teeth the way a surgeon’s incision reveals interior organs.” An appropriately creepy simile, given the character.

Later, as Odessa is drawn into Hugo Blackwood’s war against the Hollow Ones, she struggles to make the connections between this ancient threat and the series of recent killings she’s trying to solve. She asks questions, but Blackwood will only answer cryptically: “The design of the world is complex, and the Hollow Ones are its thirteenth floor.”

Despite its Issue #1 thinness and somewhat uneven development, The Hollow Ones is definitely recommended reading for everyone with a taste for occult detective fiction featuring a great premise, interesting characters, and a tantalizing promise of more to follow.