The Hollow Man: A Novel 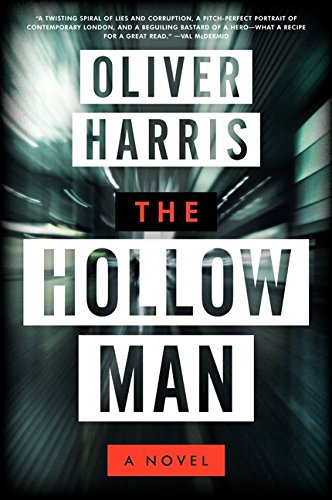 “. . . a great picture of back alley London, especially The City: that square mile housing the United Kingdom’s financial services industry.”

Detective Constable Nick Belsey is the prototypical antihero: a main character whose behavior is both villainous and heroic.

Nothing new in that, for literature is strewn with them all the way back to Achilles sulking in The Iliad, waiting for the Greeks to start losing so that they have to call on him for help.

But what makes Belsey special is that he’s a copper. What do you do with a bent copper?

On the first page of The Hollow Man, Belsey rouses from a drunken stupor on Hampstead Heath. From his attitude it’s clear this not the first time. He rambles toward the street. As he walks along, he tries to open parked cars, and sure enough one is left unlocked. He steals the three pounds he finds there and buys himself a tooth brush, a bottle of water, and some cotton balls. Then it’s off to the work at the police station.

Small potatoes, but done with utter disregard. So when he finds evidence that über-wealthy Alexei Devereux committed suicide, it’s not surprising he thinks about stepping into that life. He rationalizes the new start he thinks he so desperately needs is being handed to him.

He starts contacting people who can help him get a new passport. He also knows people who can provide papers to make it appear a company that seems to have been in business for a few years. This is convenient for laundering money.

Belsey wants to cover his tracks completely, and make sure no one looks for or connects him to Devereux. But it becomes obvious that his new identity did not get that way by legitimate means. He’s longing to flee, but is drawn further into Project Boudicca. And then the chasing starts.

This is a great picture of back alley London, especially The City: that square mile housing the United Kingdom’s financial services industry.

Oliver Harris sketches the lowlifes and the superrich. And his point that it’s often hard to tell the difference is worth remembering.