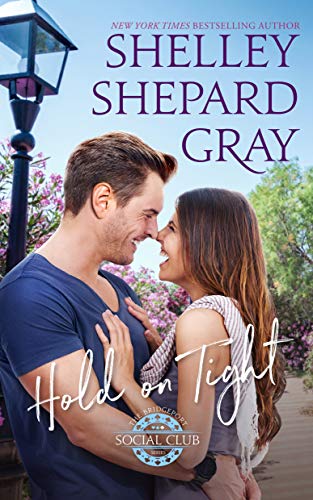 Jackson is a recent resident to Bridgeport, Ohio, moving there when some old friends in his hometown of Spartan, West Virginia, relocated to the area and urged him to as well. His beloved wife died of cancer and his long-time employment in the coal mines ceased; he is now a single father of three-year-old Kate and unsure of his future. Offered a position bartending at the Corner Bar, something he's never done before, he is given the chance to start over by his boss, Genevieve Schuler, who is always ready to help someone down on their luck. While he works at night, his upstairs neighbor Danielle babysits Kate.

Having friends he grew up with support Jackson through the difficult times. Here he muses while going to visit them:

"It was nice to think about someone else. As Jackson drove up Highway 48, curving around a grouping of five clapboard houses that had recently been remodeled, it occurred to him that he'd been solely focused on himself of late. Maybe for too long.

"Though he knew he should give himself a break—after all, losing one's wife and job in the space of eight months was a lot for even the strongest person to handle—he was starting to think that he'd fostered that self-pity a bit too long. Like two years too long. Dwelling on his hardships hadn't done either himself or Kate much good.

"Accepting all of his friends' help and sympathy hadn't helped him in the long run, either. He'd stopped wondering what problems they might have been dealing with. Almost as if no one could have a problem if they weren't dealing with a spouse's death."

Dani is one who has also dealt with tough times. She is widowed and raising 14-year-old Jeremy on her own while working hard cleaning houses to make ends meet after her husband passed, leaving her with practically nothing. Her dreams to become college educated and open her own daycare center/preschool are on hold as she must now provide for herself and Jeremy. She does manage to take online courses at night though sometimes she's just too weary from her busy day. Caring for little Kate is a pleasure, though she greatly needs the cash.

A friendship commences between Jackson and Dani, making him start to think about someone other than himself.

"But whatever the reason, it was only after meeting Dani that he'd realized just how much he'd been living in his own particular circle of hell. Worse, he'd almost been feeling justified about being there."

Jackson sees how hard Dani toils at her jobs, and when Jeremy has the chance to play for an elite baseball league, he knows there will be extra expenses Dani will not be prepared for. She is a proud woman, so would it be wrong to offer her assistance?

Every parent wants to give their child the best of everything, and no one realizes this more than Dani, but she also knows Jeremy should not expect everything he wants. Her heart is broken at her circumstances, though she is fiercely independent and intends to make her life with her son on her own.

At the beginning of each chapter, tips are included on how to host poker tournaments, something The Bridgeport Social Club members do to pass the time, enjoy other's company, and sometimes raise money to help those in need. The camaraderie between all is open and honest, as the characters are well described and credible, each with their own fears, sorrows, joys, and heart-aches. Hold on Tight offers a sweet, inspiring, and easy read, making this a feel-good book, though not without trials and mishaps.