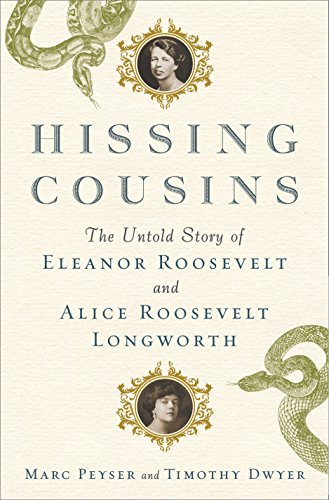 This joint biography is fun to read and sheds enormous light on the relationship between two of the most influential women of the first half of the 20th century. Alice was social; Eleanor was not. They both grew up in the shadow of famous Roosevelt relatives; Eleanor, of course, married another Roosevelt, Franklin.

The two women enjoyed enormous political power—soft power, you could call it, ruling as much from the salons and foyers of Washington and New York society as any president from the oval office. The book is entertaining, stylish, and fun to read.

The authors do get a little overwrought sometimes, and The New Yorker could meet its quota of “block that metaphor” squibs for two years based on some of the more outrageous formulations. But above all, it’s a good read and has a lot to teach about the role of women in politics, backstage and front stage, then and now.