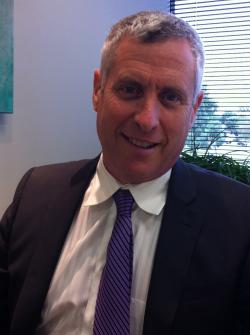 Michael Levin and his team have written, co-written, created, or ghostwritten more than 150 books, nine of which were national bestsellers and one a New York Times bestseller. He has also published five of his own novels—three with Simon & Schuster and two with Putnam/Berkley.

A regular contributor to the Huffington Post, Levin appeared on the first episode of season three of ABC’s Shark Tank in January 2012. He is most proud of having edited Zig Ziglar’s final book, Born to Win. In April 2013 he was a guest on BBC worldwide radio and BBC TV to discuss the Random House/Penguin merger.

Alibaba’s World: How a Remarkable Chinese Company Is Changing the Face of Global Business

“an absolute delight to read.”

Clinton Cash: The Untold Story of How and Why Foreign Governments and Businesses Helped Make Bill and Hillary Rich

Alfred Hitchcock: The Man Who Knew Too Much

It’s hard to believe that young people today may have no idea who Alfred Hitchcock was or what he created.

This joint biography is fun to read and sheds enormous light on the relationship between two of the most influential women of the first half of the 20th century. Alice was social; Eleanor was not.

“He’s wonkish and not terribly entertaining. You could say as much about the book.”

“I come not to praise The Buried Giant, but to bury it. Alas.”

Nothing Mickey Mouse About This Disney World Guide

“I do the obsessive thing for you,” says the author, “so you can go and have fun.”

Zero to One: Notes on Startups, or How to Build the Future

There’s a reason why Peter Thiel and his merry band of “PayPal Mafia” members have created seven companies worth a billion dollars each, including PayPal, SpaceX, YouTube, and a few others you may

“say a prayer of gratitude for Benny Binion. He’s the nicest gangster you never met.”

I try to stay on the positive side of things as much as I can, because I’m a positive kind of guy.  But once in a while, a book comes along that is so laughably obtuse that you just can’t give it a

The Innovators: How a Group of Hackers, Geniuses, and Geeks Created the Digital Revolution

“relish The Innovators. If you love technology, it’s a rollicking ride.”

The QB: The Making of Modern Quarterbacks

“Bruce Feldman has written a masterpiece of a sports book, and any true fan will find fascination and delight on every page.”

“Let’s have Henry Kissinger unplugged. Let’s hear what he really has to say . . .

“If you can’t devote the next 30 years of your life to running the Metropolitan Museum of Art, but you do have a hunger to learn more about artists and works of art . .

“Does any biography deserve 700 pages? When you read Lazenby’s Michael Jordan:  The Life you’ll be hard-pressed to answer anything but yes.”

“Crazy Rich Asians is scathingly funny, outrageous at all times, and utterly credible.

Appletopia: Media Technology and the Religious Imagination of Steve Jobs

“Robinson makes a strong case for the spiritual underpinnings of Jobs’s creation in a fascinating, hard-to-refute way.”

“. . . if you’re interested in understanding Beethoven’s music in depth, you’ll have to look elsewhere. Beethoven, warts and all, is what this book is all about.”

Blue Collar Conservatives: Recommitting to an America That Works

The Right Path: From Ike to Reagan, How Republicans Once Mastered Politics—and Can Again

Rebbe: The Life and Teachings of Menachem M. Schneerson, the Most Influential Rabbi in Modern History

“Telushkin’s book brings the great man alive and gives the reader powerful motivation to examine his or her own life and ask what obstacles need to be faced.

Being Oscar: From Mob Lawyer to Mayor of Los Vegas—Only in America

“Goodman clearly has had a great run, and as he puts it toward the end of his memoir, he isn’t done yet.

“The fun of this book is that you really experience all the various ages and stages of Pelé’s life in one economically written volume.”

“Under the Wire is dramatic, brisk, entertaining at times, deeply emotional, and above all, beautifully told.

“. . . if you read this book, you’ll find yourself hungering not just for the midterm elections but for an early start to 2016.”

The Everything Store: Jeff Bezos and the Age of Amazon

“The Everything Store provides extraordinary access to one of the great business stories of this or any other time.

The King of Sports: Football’s Impact on America

“Here’s hoping that The King of Sports becomes a manual for improving the game that Easterbrook and millions of Americans so deeply love.”

Slow Getting Up: A Story of NFL Survival from the Bottom of the Pile

“The book may be called Slow Getting Up, but if you take the time to read it, you’ll find yourself incredibly slow to put it down.

“Flash Boys is mandatory reading for anyone who has ever owned a share of stock or might do so in the future.

“. . . apparently in author Bushkin’s mind his requirement of confidentiality expired along with his client.

“Obamacare, as Emmanuel points out, has already cost the Democrats their veto-proof majority in the senate, and could well cost them control of Congress in the coming midterm elections.

“What’s so special about The Magnificent Masters is the way in which Capps captures the way these top golfers actually approach the game of golf.

They Called Me God: The Best Umpire Who Ever Lived

"Where does all this leave us? With sports figures morphing from entertainers, to reality TV whores, and then into candidates for Dr. Phil’s couch, that’s where.”

The App Generation: How Today's Youth Navigate Identity, Intimacy, and Imagination in a Digital World

“. . . young people today have the greatest communication and creativity tools ever devised, but the stuff they’re creating stinks.”

The Last Cowboy: A Life of Tom Landry

“Put it on your short list of best ten sports books of this year or any for that matter. It’s about as good as sports writing gets. . . .

“Kostya Kennedy writes so majestically that the reader spends half the time trying to decide if a guy like Rose deserves such high-minded prose. . . .

Phil Jackson: Lord of the Rings

“There’s nothing wrong with the book—it is well-written, well-researched, and entertaining.

The Daniel Plan: 40 Days to a Healthier Life

“The theology underlying the diet is fairly vanilla; it boils down to the message that ‘God wants you to be thin.’ Hard to argue with that. . . .

Words Will Break Cement: The Passion of Pussy Riot

“Just like the ski runs at Sochi, the arc of Russian politics in the Putin era point in only one direction. Downhill.”

The Olympics Moment Putin Doesn’t Want You To See

March 1939: Before the Madness - The Story of the First NCAA Basketball Tournament Champions

“. . . the book crosses the line from biography to advocacy for a tight embrace between the oval office and the press.”

Salt, Sugar, Fat: How the Food Giants Hooked Us

My Lunches with Orson: Conversations Between Henry Jaglom and Orson Welles

“The book is a must-read for anyone who loves the movies, the golden age of Hollywood, or conversations among seriously bitchy men.”