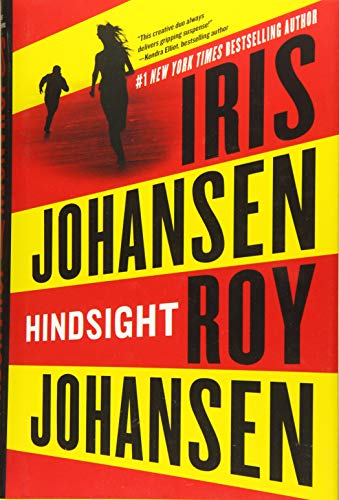 “get ready for action, adventure, and romance when you open the cover . . .”

The protagonist of this romantic suspense/thriller series, Kendra Michaels, has a unique backstory: Born blind, she was granted sight at age 20 from a special operation. This rare privilege led her to become a key asset to the FBI because of her extremely acute other senses, developed during her blindness. She can catch details that even the most skilled investigators miss—and with that information, they can catch elusive killers.

Unfortunately, Kendra’s value seems to have gone to her head. Perhaps she always was a brass-plated, bull-headed, ball-busting, self-justifying steamroller, but here in book 7 of the series, she is so difficult to like that it’s hard to get through the novel.

For readers who love that personality type, Kendra is a heroic heroine and whatever case she’s involved in is a breathless page-turner. For those who find her tiresome, it’s necessary to ignore her to enjoy the plot.

For there’s a solid mystery to be found underneath Kendra’s bluster. At the school for children with special needs that trained Kendra before she gained vision, one of her favorite teachers, along with a gentle gardener, are ruthlessly murdered. Aside from working at the same school, they have nothing in common, and nobody can guess at a motive for their killings.

But more killings follow, leaving a fragmented trail in multiple directions. Kendra and her sidekicks gather pieces along that trail, finding links to organized crime and international assassins—which can’t have anything to do with her friends’ deaths.

Yet they are all connected, as Kendra discovers while leaping from buildings, diving through windows, dodging bullets in a sewer system, or crashing through the woods to track or escape villains.

She gets banged up during these escapades but never seriously in trouble, owing to the skills and convenient timing of her sidekicks. They comprise a former agent now freelancer nicknamed The Puppetmaster (also Kendra’s lover), a private investigator with Ninja skills, a blind best friend from the school, and a traumatized service dog—all supported by bumbling FBI agents with high-tech resources.

The most interesting aspect of the story is Kendra’s hyper-perceptiveness. What she sees, hears, smells, and otherwise senses, especially when investigating a crime scene, are both fascinating and believable. She has “always said that anyone can do what I do if they’d just concentrate and pay attention. But they have to make the effort.”

This is true, and proves she’s no superwoman despite her supercharging tendencies. The authors are careful to give her a soft side, in that her occupation when not fighting crime is teaching music to special-needs children. This occupation is only referenced in the story, never shown. It’s hard to believe given her stated and demonstrated impatience.

Luckily for the children—and the school, and any other worthy cause—when Kendra aims and fires her energies at them, good things happen. Just like when she goes for the bad guys, she gets them, too. This might be  why her adventures have been bestsellers. Ditto almost everything penned by the Johansens, mother Iris and son Roy.

Iris alone has been a prolific, bestselling author for decades with many series across genres. She and Roy have co-written the entire Kendra Michaels series. Perhaps something in their parent/child, female/male chemistry is what colors this series and likely divides its audience into love-it and hate-it camps.

Hindsight comes across as a young man’s fantasy about what a Mighty Girl should be. Older women might wish she’d back it down a few notches, while others of both genders might applaud a heroine who does what once only thriller heroes were allowed to do.

However you want to label it, and whichever type of story you enjoy, get ready for action, adventure, and romance when you open the cover of this one.