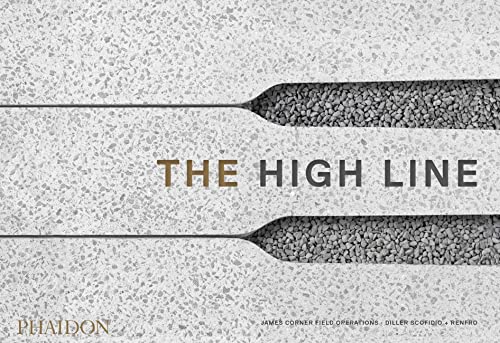 “Beyond New York, the High Line has gone viral. From Seoul to Mexico City, cities worldwide have rushed to turn obsolete infrastructure into public space.”

The High Line in New York City is a mile and a half long public garden that has been repurposed from an obsolete elevated freight railway. The journey from an abandoned railway line to this beloved, well-used park that is 30 feet off the ground is a tale worth telling.

The freight line had serviced the West Side of Manhattan for nearly 50 years, but over the decades various sections of this train line were diverted in other directions. The last train ran in 1980, and by the 1990s the rusted, weedy track system was slated for demolition.

But local residents and intrepid urban explorers enjoyed walking along the rails high above the city streets, and were impressed with the diversity of tough grasses, shrubs, and even trees that had established themselves there. In 1999, Joshua David and Robert Hammond formed the nonprofit organization Friends of the High Line that was dedicated to saving the line and raising funds to transformed the neglected space into an aerial greenway similar to the Promenade Plantée in Paris.

It took years of fundraising and presentations at public meetings before they got anywhere. Fashion designer Diane von Fürstenberg got involved when she moved her New York City headquarters to the Meatpacking District under the High Line. She and her husband hosted fundraising events in her studio, thus lending her name to the cause.

Gradually public support grew to the critical mass required to convince the city, and in 2004 the New York City government committed $50 million to establish the proposed park. All together Friends of the High Line raised more than $150 million.

Work to transform the space into an elevated, landscaped trail officially began in 2000, beginning in the Meatpacking District. That section of the new High Line City Park opened on June 8, 2009 with five stairways and two elevators providing access at different locations. Phase II opened two years later, adding the section from 20th to 30th Streets. The final section, which runs from 30th Street to the line's terminus at 34th Street west of 11th Avenue, was dedicated at a ribbon-cutting ceremony in September 2014.

The High Line has transformed the nearby neighborhoods, revitalizing ailing communities such as Chelsea and spurring real estate development along its length. It attracts more than five million visitors a year, providing a fascinating, fun green space to stroll, relax on the many lounge chairs designed to resemble the old train tracks, enjoy the city views, and marvel at the diverse vegetation that thrives in this elevated environment.

Once the city gave its approval, many companies vied for the contract to convert the abandoned railway into a public park. The winning bid went to two internationally renowned companies that teamed together: James Corner Field Operations (installation) and Diller Scofidio + Renfro (design). They also sought input from the influential Dutch landscape designer, Piet Oudolf who is renowned for his groundbreaking use of ornamental and native grasses.

Authored by the members of the two companies that turned the dream of an elevated park into reality, its not surprising that The High Line book focuses on the design, development and construction of the High Line. It is, “the story of New York’s park in the sky as experienced by those who designed it.”

The book’s format embodies the High Line. Long and narrow like a railway, fold-out pages stretch the horizontal layout even further. Following an introduction (called Forethoughts) in which members of the design team talk about their experiences on the project, the book launches into the project itself.

Chapter 1, Found is nearly wordless, chronicling the team’s initial survey of the overgrown rail line through 77 pages of photographs. Ricardo Scofidio relates his reaction when he first saw the abandoned space: “But what affected me most when I stepped onto the High Line was a sense of dread about the near future; like the end of so many science fictions novels where the jungle emerges through the concrete, all signs of civilization completely erased, with the abandoned railway at the center.”

Once they got the contract, the design team began researching archival documents that recorded Manhattan’s cultural and architectural development from the mid-19th century to today to provide the foundation for their creative process.

Among the reproduced materials is a letter dated May 31, 2001, from Joshua D. Filler, Director or City Legislative Affairs. With the benefit of hindsight, the letter is highly ironic. He wrote, “As you know, the Highline is an antiquated structure that has not been in use for over twenty years. In the years to come, we do not believe that the structure will be of any use to the community, and the Resolution’s call for the creation of an elevated park on the old rail bed appears unrealistic.”

Early concepts for the park design were indeed unrealistic—or at least less desirable than the “simple, wild, quiet, and slow” final product. Scofidio details, “At the beginning we felt that the public needed something to do when they visited the High Line—an excuse for going there—so our initial proposal included an amphitheater, an outdoor cinema, and a wetland area that would be an ice-skating pond in the winter and beach in the summer. . . . We eliminated many when realized that the most powerful act of design was to leave it alone. Well, almost.”

This beautifully designed book is gold for people interested in city planning, outdoor spaces, architecture, and landscape architecture, but also fascinating for anyone who wants in-depth insight into a project that has inspired city planners around the world.

Gardeners and plants enthusiasts will appreciate the reproduced planting plans, photographs of the park looking beautiful in all seasons, and the photographic record of all 400 plant species on the High Line, including more than 200 perennials, 36 grasses, 12 vines, 50 different bulbs, and more than 100 varieties of trees and shrubs.

Together the photographs and minimal text provide a fascinating, insider’s look into the creation of this city park that has become a mecca for tourists and a haven for local city dwellers: “Unexpectedly, the High Line has become an icon of pop culture and a landmark on the world tourist map. Initially imagined to . . . attract 300,000 people annually, the parked exceeded expectations exponentially, drawing over six million visitors in 2014. . . . Beyond New York, the High Line has gone viral. From Seoul to Mexico City, cities worldwide have rushed to turn obsolete infrastructure into public space.”