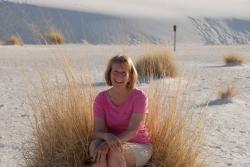 Catriona Tudor Erler is a freelance garden author, photographer, and speaker. She has written nine garden books, many of which feature her own photography, and contributed to many others.

She also has written for magazines such as Architectural Digest, Coastal Living, The English Garden, Log Home Living, and Garden Design, and her articles have appeared in newspapers throughout the country, including the New York Times, the Christian Science Monitor, the Denver Post, and the San Jose Mercury News. She currently writes a bimonthly column for the Smith Mountain Laker magazine.

A popular garden lecturer, Ms. Erler has spoken about gardening to many groups and clubs throughout the United States and in England and has been a guest expert on television and radio shows related to gardening.

Poolscaping: Gardening and Landscaping Around Your Swimming Pool and Spa

Landscaping for Your Home

Home Food: 100 Recipes to Comfort and Connect: Ukraine • Cyprus • Italy • England • and Beyond

“Hercules’ beautiful, affirming tales celebrate our humanity, while her mostly easy recipes open the door to a new palette of cooking flavors and techniques.”

The Provensen Book of Fairy Tales

“a new generation will fall in love with this beautiful, witty, and modern descendant of Grimm’s Fairy Tales . . .

Dinosnores (Boynton on Board)

“Dinosnores is sure to become a perennial favorite with tots, along with Boynton’s other soothing bedtime stories.”

“Henry’s Awful Mistake has remained a beloved bestseller for the 4–8-year-old set for the past 40 years.”

How to Build an Orchestra

“This is an inspired book that will motivate young readers to learn more about orchestral instruments and the wonder of the music an orchestra can make.”

“For those fascinated by the flower, The Tulip, either the original or the 20th Anniversary edition, is a must-have book to add to your library.”

“Spanish-speaking parents and children will delight in the translations of these classic books for toddlers that celebrate our humanity with wit, whimsy, wisdom, and irreverent humor.”

“Little Fish is a visually compelling book with a story and illustrations that celebrate the wonders of life under the sea.”

“Sally Lloyd-Jones does a brilliant job of distilling the principles of book writing into concepts accessible little ones ages four to eight years old—and making it hilariously fun.

How to Read a Book

“How to Read a Book is a gem. Children and adults will want to return to it often for its full-hearted celebration of the power of stories, words, and images.”

“the story follows the normal Cinderella trope until readers reach the unexpected climax, at which young readers get a fresh perspective on what living happily ever after can mean.”

“Readers will enjoy finding the one red stockinged ant that appears on every page and learning about the wonders of our natural world.”

“Tots will delight in the colorful pages, which offer counting and color identification opportunities as well as conversation triggers that are so valuable to young, develo

The Indestructible Houseplant: 200 Beautiful Plants that Everyone Can Grow

“The Indestructible Houseplant is an exceptional reference book, as well as one you’ll want to read cover to cover for the sheer pleasure of spend

The Big Book of Birds

“Budding naturalists—or any child with an inquisitive mind—will delight in the opportunity to learn so much in such an amusing, well-written book.” 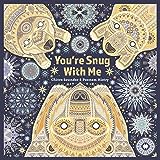 You're Snug With Me

In You’re Snug with Me, author Chitra Soundar has followed the classic children’s storytelling formula of the repeated phrase. 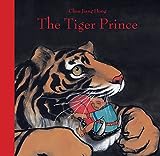 With exquisite ink and oil illustrations and simple prose, artist and author Chen Jian Hong tells the ancient Chinese tale about a man-eating tigress who takes vengeance on humans because her cubs

The Compendium of Amazing Gardening Innovations

The Secret Kingdom: Nek Chand, a Changing India, and a Hidden World of Art

“Together the words and pictures make a beautiful whole.”

Thomasina: The Cat Who Thought She Was a God

“a touching, satisfying story, . . . [a] profound and insightful tale.”

This deceptively simple, wordless picture book begins in a mundane world of dull grays and tans. A young girl looks out the window from her room in an immense apartment block onto a bleak world.

A Note of Explanation: An Undiscovered Story from Queen Mary's Dollhouse

In 1922 the British author Vita Sackville-West was commissioned to write a story and inscribe it in her own hand into a beautifully bound, tooled leather book.

The five ancient Chinese traditional martial art forms look easy to do, so the heroine of Barbara McClintock’s The Five Forms, chooses to ignore the instruction book’s warning: “Do not att

“Rudy has illustrated her picture book with an elaborate world made of fabrics and scavenged materials, and populated it with handmade felt and fur mice . . .”

Since the 2015 publication of landscape designer Giubbilei’s first book, The Gardens of Luciano Giubbilei, he has grown enormously in his skills, refining his art so that his land

Publishers are always on the lookout for something fresh and original both for a book’s content as well as its physical form.

For Audrey with Love: Audrey Hepburn and Givenchy

Originally published in the Netherlands in 2016, this homage to the friendship and careers of the couturier designer Hubert Givenchy and actress Audrey Hepburn does not fare well in translation.

The Wind in the Willows

The Wind in the Willows has been enchanting readers both young and old since it was first published in 1908.

NY is for New York is not your average alphabet book.

The Nutcracker: A Papercut Pop-Up Book

“a beautifully crafted book that gives readers a fresh look at a classic, beloved story.”

“a beautifully crafted, informative book about a period, place, and people in history that fascinate . . .”

Why Don't Fish Drown?: And Other Vital Questions About the Animal Kngdom

“a superb introduction to the animal kingdom for the budding biologist or scientist . . .”

Hans in Luck: Seven Stories by the Brothers Grimm

“a treasure to enjoy with your children and grandchildren . . . should become a family heirloom . . .”

The cover of Plant: Exploring the Botanical World is compelling with its eye-catching, embossed kaleidoscope of floral and leaf images set against a simple black background.

There is a wealth of free food available in the wild, if only you know where to look.

Some Writer!: The Story of E. B. White

“I want to buy a copy.” “It’s beautiful.” “I love it.” These are direct quotes from book club members who saw an advanced copy of Melissa Sweet’s latest biography for young readers, Some Writer

Good Berry Bad Berry: Who's Edible, Who's Toxic, and How to Tell the Difference (Good...Bad)

There’s food in them thar hills, and more and more people are enjoying the hunt for nature’s wild edible bounty.

Reflections on a Coastal Garden

“Beyond New York, the High Line has gone viral. From Seoul to Mexico City, cities worldwide have rushed to turn obsolete infrastructure into public space.”

Front Yard is a garden-variety slapstick comedy with elements of farce, witchcraft, and fairies.

Seven Flowers: And How They Shaped Our World

We should be grateful that the sunflower has no sweet fragrance.

The Gardens of Luciano Giubbilei

Since he opened shop as a London-based landscape designer in 1997, Luciano Giubbilei has built an impressive, international reputation with clients in Europe, Britain, North Africa, and America.

Up in the Garden and Down in the Dirt

“this book may be the trigger to inspire a child to learn more.”

Peppa Pig and the Vegetable Garden

“They can pretend to be worms, butterflies, snails, and any other creature that captures their imaginations.”

“a big investment, but one that will pay off with years of pleasure.”

Private Edens: Beautiful Country Gardens is a lush book that takes you into 21 outstanding east coast country gardens. They are well worth the visit.

“Take a bite out of this book to experience the wide and wonderful world of apples.”

The Drunken Botanist: The Plants That Create the World's Great Drinks

“This is a book you’ll want to drink up, making a point to remember the information tidbits you want to pull out to amaze and amuse your friends at the next wedding, dinner, or cocktail par