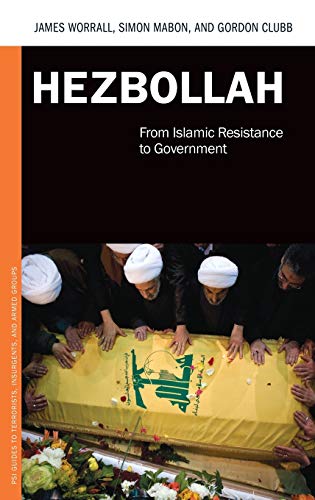 “If you want to understand the rise and evolution of Hezbollah . . . this is a good place to start.”

Just when you think you have digested all you can about ISIS, Al Qaeda, Boko Haram, and the myriad terrorist organizations challenging our world, along comes another book, this one focused solely on Hezbollah, The Party of God, which has the twin characteristics of a terrorist group and a political state actor in Lebanon.

This book is extremely rich with facts, history, and contemporary insight, but although it promises to be both academic and accessible, it is more the former. One is tempted to read it with a highlighter, not a bookmark.

The authors are clearly learned scholars, and they trace the origins of Hezbollah, which publicly declared itself in 1985 with an Open Letter although it had already been known for its militancy. Hezbollah began as an armed movement growing out of the ashes of the Lebanese Civil War, determined to wipe Israel off the face of the map.

It is widely credited with the use of suicide bombing including the attack on the U.S. Marine barracks in Beirut in 1983 and its increased sophistication in the use of advanced weaponry. As they authors concede, “Missiles are viewed by many as being game changers in warfare in the Middle East, and Hezbollah was quick to realize their potential as a tool for taking on Israel and hitting deep into Israeli territory causing civilian casualties.”

Hezbollah is a solid piece of writing that places the movement within the Middle East security environment, analyzing the rise of the Party of God within the context of Iranian-inspired Shi'a activism, examining the ideological underpinnings of the movement, and addressing its dominant political position post Arab Spring when it moved into the role of a party within the political system of Lebanon. It does a good job of explaining Hezbollah’s full range of activities, including resistance, propaganda, organized crime, and educational facilities, highlighting Hezbollah's role as a social welfare provider—specifically, the types of aid given, the source of financing for the endeavor, and the challenge this role presents to the Lebanese state.

The book is good for sorting out confusing facts about today’s events. Those of us watching the Middle East implode can be forgiven for not being sure which countries and organizations support which side in the current Syrian civil war. This book makes clear that Hezbollah is rooting for Bashir Al Assad to win. “Aside from providing ideological guidance, finance and training, Tehran and Damascus have also proved integral in providing weapons to the group.”

Hezbollah’s use of propaganda is well documented in this book. If there is a common theme amongst terrorist organizations today, it is control of the message. Media watchers will note the references to Hezbollah’s control over information, with its own television channel, Al-Manar.

Where the book bogs down, interminably, is over questions of “terrorism” versus “terrorist” and the endless debates over the objective definition of either word. Such exercises seem better suited for a law school class. Most of us know what terrorism looks like and feels like. What makes Hezbollah different is that it operates as a mini-state within a state, which is precisely what ISIS is attempting to do in Syria and Iraq.

Hats off to the publisher, Praeger, for providing a series of books on topics like Al Qaeda, Chechnya’s Terrorist Network, and now Hezbollah. The books feature maps, organizational charts, and timelines of events. Most useful in this work is the index and biographical materials about the infamous heads of militant groups.

In the end, the authors of this book are making the case for seeing Hezbollah, which remains on the U.S. list of terrorist organizations, as something more complex than others in its class. “To conclude,” they write, “Hezbollah cannot be simply dismissed as a terrorist organization, as this underplays the vast legitimacy it has within the Lebanese political system and the vast diversity of its operations and identity.”

All of that is true, but Hezbollah has done its share of damage in the world. Ironically, it is now witnessing terrorism aimed at the state in which it operates: Lebanon. Earlier this month at least 37 people were killed and more than 181 wounded in two suicide blasts in a crowded part of Beirut’s southern suburbs. It was a stark reminder that political violence can work both ways.

As citizens we live today with anxiety and fear. It is our duty to stay “vigilant” but also well informed. If you want to understand the rise and evolution of Hezbollah from an Islamic resistance movement to its role as a governing force in Lebanon, this is a good place to start.