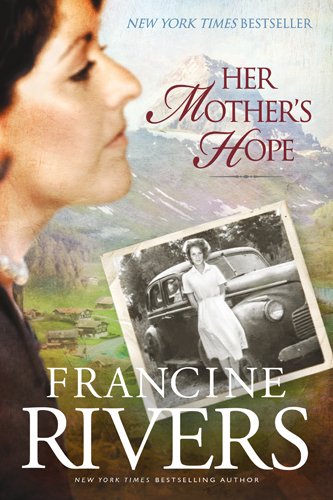 Marta Scheider’s life story begins in the early 1900s, a period of hard times in Europe and in her Swiss homeland in particular. Marta’s own life is made harder still because she is despised and beaten by her father, who singles her out for this negative attention from her older brother, Hermann, and her lovely younger sister, Elise. Her mother, a gentle, loving, but frail woman, does nothing to stop the abuse and tells Marta to be strong and “Fly like an eagle,” all the while pampering the frightened and shy Elise. Their father constantly calls Marta “ugly,” among other derogatory names, yet their mother can’t help loving her drunken, cruel husband. If one good thing comes from this failure of her mother to protect her, it is that it makes Marta an independent, powerful young woman.

Marta’s hatred for her father makes her strong enough to leave home after her mother dies of consumption, followed by the sexual assault and subsequent suicide of her sister, Elise. Hermann has gone off to war, leaving Marta alone with her father, who has plans to work her half to death and keep her money. She feels a pang of remorse, but only for a moment, as her grief and determination move her forward to her own destiny.

One annoyance throughout parts of this book is the writer’s propensity to use several other languages, including French and German, without giving the translation. In most cases the meanings are made slightly clearer by surrounding sentences and events, but not enough to stop the slowed pace of the story as the reader struggles to translate.

Her Mother’s Hope is loosely based upon Rivers’ own family’s rich past, spanning two continents during the First World War. The history of the period is deftly intertwined within this story, especially the advent of World War I, which causes Marta to immigrate to Canada with her Swiss husband, Niclas Berhard, who speaks German and is looked upon with suspicion in a time of war and hatred. Marta uses her wits and faith in herself to succeed by owning her own boarding house, then refusing to sell it and follow her jobless husband to the wilderness of Manitoba, Canada, where he can realize his own dream of becoming a farmer. Marta struggles on her own throughout her first pregnancy and resourcefully rents out her business before finally taking her newborn son, Bernhart, and following Niclas to a place she hates.

Hildamara Rose, her second baby, is a frail, thin child who barely survives, bringing back the agony of her sister Elise’s death. Marta refuses to bond with the baby, making it her life’s work to push and strengthen Hildie, doing all the wrong things for all the right reasons. Marta has two more strong healthy daughters and dotes upon them, while remaining overbearingly strict with Hildie—who wonders why her mother seems to hate her. Marta does not see, for many more years, that in her good intentions, she has turned into her father. Tired of winters at 40 degrees below zero and blazing hot summers, Marta convinces Niclas to move to California, selling her old business to buy land to farm almonds and grapes. Niclas, a God-loving bible-reading man, is content at last—in spite of the tension threaded within the family.

This is not a book of fast-paced action and intrigue, but rather one to savor like a fine brandy as one turns each page, delving further into the lives of a family fraught with illness, abuse, and a relentless poverty that threatens to overcome everyone and everything. Marta is, and always will be, a survivor. The premise running throughout this extraordinary saga is the ongoing struggle by a mother to steel her so-called fragile daughter to the harsh realities of life.

The final chapter, called “Marta,” reads like an epilogue as Marta, after much introspection, realizes that Hildemara was never weak when it mattered and possesses an inner strength perhaps stronger than Marta’s own. Will this stunning revelation come in time to heal the damaged relationship with the daughter she has actually loved the most of her four children? The final chapter might have been even more powerful if written in the present tense, drawing the reader directly into Marta’s feelings, instead of observing them from afar.

Renowned Romance Writers of America Hall of Famer, Francine Rivers portrays the intricacies of love and betrayal, ending with a tantalizing hook: the promise of a second title in the series, Her Daughter’s Dreams, to be released in the Fall of 2010.