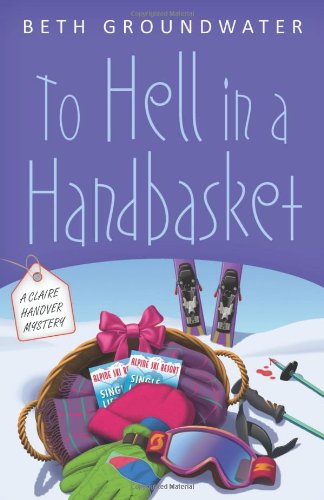 “This book will keep the reader turning pages until the very satisfying end.”

The Hanover family is anticipating a relaxing two weeks skiing in the mountains of Colorado. Claire and her husband Roger are working on their marriage of over 20 years. Daughter Judy, home for those two weeks from her junior year abroad, has a serious boyfriend she wants to spend all her time with.

Claire Hanover is torn between reining in her daughter and letting her leave the nest. Little does she know how difficult and dangerous her task will turn out to be.

On their first day at the ski resort Claire and Roger learn that Nick Contino, Judy’s boyfriend, arranged for his family to be at the ski resort so he and Judy could be together. The Hanovers are surprised to learn how serious Judy is about a boy they barely know. And when Nick’s sister Stephanie joins them on the slopes, Claire is disappointed she won’t be having any alone time with her daughter.

Her disappointment is soon replaced with horror when Stephanie is gravely injured in a downhill accident seemingly caused by a reckless snow boarder who flees the scene. When Claire rushes to give first aid, she notices another set of ski tracks coming out from the trees and intersecting Stephanie’s just before she veered into a tree. Could another skier have caused Stephanie’s accident? Why did both the snow boarder and the skier flee the scene and not call for help?

When Stephanie dies of her injuries, the Hanovers are thrown together with the grieving Continos, and Claire is compelled to find out the truth of what really happened up on the slopes. Claire laments, “Our nice family vacation has sure gone to hell in a handbasket.”

Since none of the Hanovers actually witnessed the accident, Claire can only tell the sheriff’s detective about the other tracks in the snow. While Detective Owen Silverstone is not convinced Stephanie was deliberately attacked, he is smart enough to listen to Claire.

Claire and Judy manage to track down the snow boarder, who is run down and killed right in front of them by a black SUV. Is the killer eliminating witnesses? Is Judy next?

Beth Groundwater has crafted an exciting story about two sets of parents—one caught up in trying to protect a daughter who doesn’t want to be protected, and the other hiding guilty secrets and possible criminal activity. Her characters are strongly drawn and totally believable, and none of them are clichéd. The reader will be relieved that the lawman is not dismissive, and that even the Romeo and Juliet romance is skillfully shaped with a light hand.

This book will keep the reader turning pages until the very satisfying end.