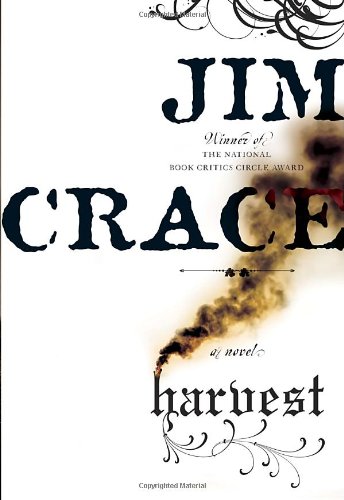 An English village wakes on the morning after harvest looking to enjoy the fruits of their labors with food, dance, and rest.

But fires interrupt the celebration. The first one is a smoky column announcing the arrival of visitors—sort of a non-mechanical doorbell. The second is bad news. It comes from Master Kent's stables, and when the master’s possessions burn, everyone suffers.

Now someone has to pay.

Living under Master Kent does not constitute a bad life. He is usually loath to inflict heavy penalties, but now he needs to respond to this infraction seriously and swiftly. No doubt the fire’s a mistake, a stupid lark, but it puts all the villagers’ survival in jeopardy. The guilty will be dealt with severely, administration of the death penalty unsurprising.

The narrator is an outsider. Although he has lived there for 12 years, he remains apart. He suspects the fire was started by two young men, but the villagers close ranks and point to the outsiders who signaled their arrival with that first column of smoke.

While the fire is investigated, the villagers wonder about a newcomer they christen Mr. Quill for his carefully barbered beard ending in a point. He has taken careful notes during the harvest, recording everything. Clearly Master Kent has hired him, but toward what end?

The villagers should be paying more attention to Mr. Quill for his report will affect their lives more than they can imagine.

Communities in transition are fascinating to watch. It’s the reason “Downton Abbey” is such a runaway hit.

The reader knows the outcome: machines will replace workers, small insular communities will grow, and if the one you live in changes to become unrecognizable doesn’t mean you can up and go seek another life. Profits at farms decline when workers are paid for their labor and not dependent on a good harvest or a benevolent lord for sustenance through the winter.

In beautiful prose, Jim Crace details this transition. He details the beauty in knowing and caring about the people around you, while in turn the community preserves, protects, and defends you. Woe betide the outsider.

In setting this novel with very few specifics as to time or place (except England) the story is unencumbered with historical politics or religious issues. This makes it more powerful in its simplicity, its demand on us to look inward, not outward, to find connections between our lives and to the story.

Jim Crace doesn’t mourn the passing of such a world, but like Mr. Quill, simply records it.