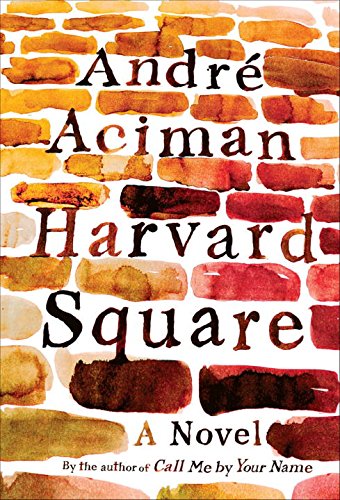 André Aciman is a poet of exile, a chronicler of displacement and its discontents.

Born in 1951 in Alexandria, Egypt to Jewish parents with roots in Turkey and Italy, he and his family were expelled from Egypt by the Arab nationalist regime. When he was 15, the Acimans moved to Italy and four years later to New York.

His first book, the memoir Out of Egypt, was published in 1995 to enthusiastic reviews. Michiko Kakutani of the New York Times compared him to Lawrence Durrell, the British author of The Alexandria Quartet. The critical praise was well-deserved: the lost world of multicultural Alexandria, home to Muslims, Christians and Jews, as well as European expatriates, lives and breathes in Mr. Aciman’s superbly crafted and evocative prose.

In 2007, he published the novel, Call Me by Your Name, an even more impressive accomplishment. In that book, Mr. Aciman, who is heterosexual, depicted a love affair between two young men, one an Italian Jew, the other a Jewish American graduate student, with deep psychological insight and unabashed sensuality. Gay readers embraced the book, and in 2008 it won the Lambda Literary Award for Men's Fiction.

Since then, Mr. Aciman published another novel, Eight White Nights (2010) and the collection Alibis: Essays on Elsewhere (2011).

Harvard Square, his new novel, returns to the themes of exile, identity, and assimilation he explored in his memoir and previous fiction. The protagonist and narrator, who is unnamed, is unmistakably based on the author. Like Mr. Aciman, he is an Egyptian Jew whose family went into exile, first to Europe, then to New York.

The story begins with him as a middle-aged parent taking his surly teenage son on a summer college tour culminating at Harvard, where he studied comparative literature. The visit to Cambridge evokes memories of the summer of 1977 when he, alienated from the rarefied Ivy League world and its inhabitants, began a life-changing friendship with another North African exile, a Tunisian Berber cab driver.

The Tunisian goes by the nickname Kalaj—short for Kalashnikov—due to his intense, rapid-fire verbal volleys that mow down everything and everyone:

Kalaj particularly disdains America, which he sums up in two adjectives: “jumbo” and “ersatz.”

The Tunisian Muslim and the Egyptian Jew become intimate friends, drinking, womanizing and talking, endlessly and not always amicably. They share nostalgia not only for their lost Mediterranean homes but also for France, where they both had lived after leaving North Africa, and for its language and culture. Kalaj can barely speak English, so the two friends converse mainly en Francais.

Their friendship has a fatal flaw. They are drawn to each other by their shared cultural backgrounds and sense of themselves as exiles who don’t feel at home anywhere, but the narrator enjoys the privileges of being a graduate student at the nations’ most prestigious university. Though impecunious, his poverty is temporary; Kalaj, though educated, has few prospects. The narrator feels like a stranger in a strange land, but he has a green card, unlike Kalaj, whose immigration status is precarious.

The seeds of their parting, there from the start, come to fruition, with the narrator torn between his attraction to Kalaj and his desire to be free of this difficult, demanding friend. The latter feeling wins out, but decades later, when at the end of his Proustian reverie in contemporary Cambridge, he realizes that he indeed loved the voluble and volatile Tunisian.

Harvard Square began as a short story entitled “Monsieur Kalashnikov,” published in 2007 in The Paris Review. The shorter form may have served the story better, as the novel, though beautifully written, feels padded and repetitious.

There are too many instances of the author telling us that the narrator and Kalaj are opposite sides of the same coin, kindred souls yet different; too many reminders that they are sort-of twins, each others’ mirror image, thesis and antithesis.

Depending on how one feels about novels of academic life, the reader also may find that not very much is at stake in Harvard Square. Will the narrator master Chaucer? Will he pass his comprehensive exams? Will he fit in with the WASP world of Harvard? Kalaj’s fate as an immigrant is inherently more dramatic, but it’s not enough to make Harvard Square a memorable novel that, like Call Me by Your Name, lingers in the mind long after the last page has been turned.