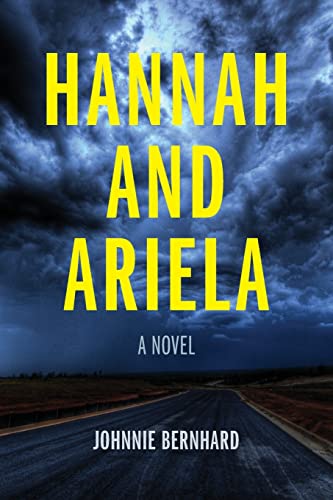 The human heart is fearless in author Johnnie Bernhard’s Hannah and Ariela. It’s a vividly drawn, timely story shedding light on an unspeakable crime against humanity.

Hannah Durand takes the coat her husband left by the door, wraps his scarf around her, and pushes against the winter’s howling blue norther to open the front door. Casting her teary eyes upon the 640-acre Texas working ranch that she and her husband ran for 48 years, the newly widowed, 73-year-old Hannah speaks aloud: “August Durand. I know you’re here. I can feel you in the wind and in the breaking of cedar branches covered in ice. Hold me just one more time and tell me what you think I should do with the rest of my life, my life without you.”

An unconventional, self-sufficient woman born to Anglo prosperity and the great Texas outdoors, Hannah’s life is centered on the Durand Ranch, in the town of Rocksprings, between central and West Texas, “where the land was just as hard and mean as the predators lurking in the shadows waiting for the next easy kill.” It is modern day, and facing an uncertain future, Hannah fears she might not have the stamina to stay on the land alone. Hannah thinks, “I’ve loved this land . . . I feel like I’d lose a part of myself if I sold it.”

Ariela Morales is born to Zaragoza, Mexico, where “life is hard because it was too close to the Texas border.” In a town with little opportunities, the dutiful Ariela helps her family, babysits her siblings for her mother, and squeezes in time to spend with her friend Katia. In telling of that friendship, Ariela says, “Some people in Zaragoza had a harder life than me and my family. My best friend, Katia was one of them.” Together, the teenage friends go to mass “to get our mamas off our backs,” paint their nails, read magazines, and mostly dream “about getting out of Zaragoza.” When Katia flirts with danger by consorting with two cartel members, it leads to perilous, unforeseen consequences drastically changing the trajectory of both girls’ lives.

A dog barking on a lonesome stretch of highway connects the fates of Hannah and Ariela, and wheels are set in motion affecting a cast of characters on both sides of the US/Mexico border. Bernhard portrays the landscape with laser-precision and layers the harrowing story in multiple, first-person points of view covering all angles of what spins into the urgency of safeguarding the traumatized Ariela from further ramifications having to do with the cartel’s sinister, illegal plans.

When Rocksprings’ sheriff discovers Hannah is harboring Ariela, he jumps to conclusions and wants to get border patrol involved, without knowing Ariela has just survived a terrible backstory. Taking Hannah aside, he says, “Now Hannah, I’m going to remind you of this very specific law. When someone enters the US without following immigration laws, it’s a crime.”

Joseph Gonzales is the bilingual, longtime trusted employee of the Durand Ranch, whose involvement Hannah solicits to serve as Ariela’s interpreter. When Hannah weighs the law of the land against doing the decent thing, Joseph joins Hannah in an attempt to get around punitive issues of immigration, while the cartel and law enforcement from either side of the border try to intuit their covert maneuvers, in a do-or-die dynamic begging the issue of right versus wrong.

In this tensely wired, swiftly paced, starkly realistic story of human trafficking set beautifully among nuanced clashing cultures, author Johnnie Bernhard defines each character’s motivation to portray the collision of opposing sides while casting a wide lens on a human atrocity. Hannah and Ariela is the story of one woman’s bravery in rescuing another, only to rise phoenix-like into a newly defined, far-reaching life purpose.