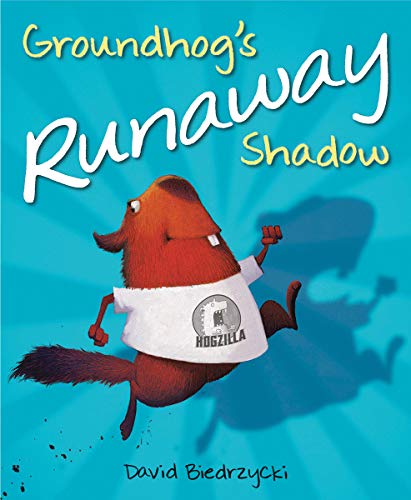 Groundhog’s Runaway Shadow is a fascinating story about friendship and acceptance.

Phil Groundhog was fast in his Hogzilla T-shirt. No matter where he went, how high he jumped, or when he laughed or cried, his shadow was always with him by his side. But as he grew into adulthood, he had more responsibilities and began looking at things in a different way. He was no longer the playful groundhog who had fun doing whatever he wanted. He now had a job and other responsibilities.

It was then he began to realize how different he and his shadow were. They wanted different things. Phil liked vacations at the beach, while Shadow wanted to travel. Phil loved scary movies; Shadow was terrified of them. Even what they ate was opposite. It wasn’t until his shadow began to embarrass Phil that he decided that he could do without him.

Shadow left, and Phil was happy. Well, happy at first. He then began to miss his shadow. Where did he go? Phil didn’t have to wait long to find out. He saw his shadow traveling the world on TV and in the newspapers, experiencing some really great things, and all without him. Phil was envious. Here, in his life he was expected to live, he felt alone and dull. Why couldn’t he be adventurous as his shadow?

This is a story about friendship and acceptance. In order for Phil to ever have a harmonious relationship with his shadow again, he must accept Shadow for who he is and not what he wants him to be, and Phil must also accept himself. Children of all ages will enjoy that message. They will also love the well-detailed in-depth graphics that bring this 24-page story together. The characters are realistic, colorful, and lifelike. Just like in his other books, Biedrzycki brings humor to this fast paced story. He also adds in some of his signature hidden details for readers to discover. Fans of Groundhog Day will enjoy this year after year.