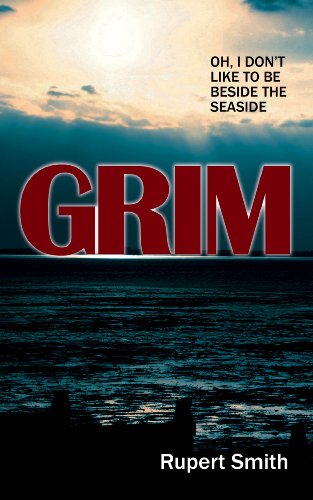 American archaeologist John Russell and his son arrive in a small British coastal town. Russell plans to investigate the death of the woman who meant most to them—his British wife, Isaac’s mother.

At first the town of Besselham seems eccentric and old-fashioned but, as John and Isaac dig deeper, they discover a gruesome secret. Behind the neat curtains of a neat seaside house, behind the chintz-covered sofa, there lies a headless body. Blood covers the ceramic figurines and framed photos, soaks into the doilies and cushion covers.

The good people of Besselham—the holidaymakers, shopkeepers, and schoolchildren—have no idea that this is the beginning of a wave of unexplained deaths that will strike terror into the heart of their prim, conservative community.

As bodies pile up in the panic-stricken town, Russell makes a strange and sinister discovery on the beach at low tide. Is it just an ancient monument, or evidence of a blood cult rising from the distant past to engulf Besselham?

Grim is Rupert Smith’s first venture into horror (he has written ten novels in all, plus a number of successful TV tie-ins). Dr Smith says that his inspiration for Grim was low-budget, Hammer-style horror, and Stephen King’s big social canvases. Having visited the Norfolk coast over many years he felt he had to write about it, and the only way to evoke its weirdness was through horror.

Grim is not, therefore, a runaway slasher thriller, despite the copious amounts of blood and the sometimes brilliant depictions Dr. Smith provides, but instead is a slow, brooding tale of terror that insinuates its cold fingers into the reader’s nerves little by little. One of its endearing qualities is that Dr. Smith has populated Besselham with lots of weird characters, each one equal to the infamous Stephen King creation, Annie Wilkes.

“The room was dark and overheated and smelt even worse than the hallway, as if hundreds of thousands of cigarettes had been smoked in here, the ashtrays never emptied, and something had died behind one of the radiators.

“A three-piece suite upholstered in faded brown velvet, far too big for the room, defined a small triangular space of dirty green carpet on to which Isaac stepped…Mr Muir lowered himself on to the sofa, taking up most of the space. Isaac tried to avoid looking at his gaping pyjamas…Mrs Muir rattled into the room with a tea tray. The cups were chipped, the teapot, once white, almost uniformly brown. Some biscuits sat on a plate that may once have doubled as an ashtray; they looked elderly.”

This all too familiar picture of Britain’s run down seaside towns will bring a smile to many readers’ lips, at the same time as making them shudder:

“He (Isaac) leaned against the sea wall, looking inland. The street was dirty, the surface sticky with whatever was running down from the gutters and into the sea—spilt beer from last night, perhaps, or urine, canine or human. It had not rained for a while, and in places the concrete was shiny with spilt liquid.

“There was something between his feet, some piece of litter that seemed to be stuck to the ground. Isaac leaned forward for a closer look. A used condom, like the shed skin of some fat snake, lay where it had fallen. Here, against this very wall, under cover of darkness, or perhaps in the first light of dawn, a couple had been together. He felt a shudder of revulsion, and moved away, certain that the soles of his trainers were sticking to the tacky residue on the pavement. Half way down the stairs that led to the beach—filthy stairs, the edges cracked and broken, metal banisters rusted away by salt air—there lay the torn, discarded remains of a porno mag, tossed over the wall by a guilty reader, the pages now thick with sea water, the ink faded, but the images still clear, huge women pressing their breasts together with their upper arms while their hands foraged around below.”

Grim is a tale of the supernatural and macabre set amid the caravan parks and amusement arcades of a typical English coastal resort, in which Russell must risk everything to save his disturbed, lonely son Isaac before insatiable powers of evil claim and consume him.

A damned good read it is—though it may not go down well with the Norfolk Tourist Board.