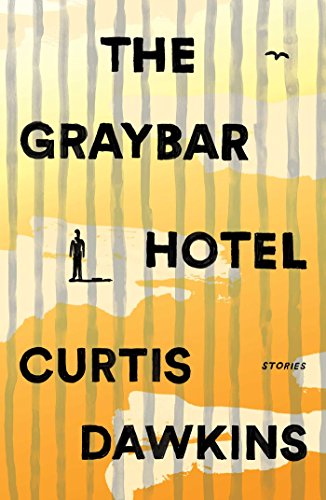 Curtis Dawkins is a rising star in the literary world. He graduated from Western Michigan University in 2000 with an MFA in fiction writing and recently published his first collection of short stories, The Graybar Hotel.

He is also a convicted murderer, currently serving a sentence of life without parole in a state prison.

How that fact plays into the critical and popular reception of his collection will provide great insight into American attitudes regarding crime and punishment. Does it matter that Dawkins, who is blessed with a rare talent that he has honed into a professional skill, wrote this book while imprisoned for murder? In this country, and perhaps everywhere, it certainly does. That says something about us.

Fortunately for readers, the U.S. Constitution guarantees everyone, including prisoners, certain freedoms. One right that cannot be taken away, even from the lowly prisoner, is the right to write. Hence, The Graybar Hotel exists in our literary pantheon.

It's a good thing, too, because Dawkins can write. His prose skillfully carries the reader directly into the setting of all of his stories: the jailhouse or prison. He captures this unnatural and uniquely terrible world with precision and clarity. Most readers haven't spent time incarcerated; all will come away from this superb collection feeling as if they have.

What's it like to have a conversation with your "cellie" while locked up? Dawkins paints the picture in "573543":

“Talking to someone on your bunk is almost like talking to yourself. I spoke to the ceiling, my hands behind my head. The pause waiting for the other person to reply is a real test of patience: There is no way to gauge how close he is to answering.”

In "Brother Goose," the story of an unfortunate goose, Dawkins considers razor wire. Atop the prison fence, it is the gatekeeper between the prisoner's former life and the penance of his current life:

“Razor wire is like Slinkys for masochistic giants that sit atop every fence, doubled up on buildings and the ground. It's sometimes called "concertina." I don't know why. That sounds like a twenty-dollar cocktail at Lincoln Center before the Prokofiev premier—the opposite of what we are supposed to believe this stuff will do to flesh.”

A lot of prisoners die in prison. Dawkins, unless his sentence changes, will die in prison. The concept of dying alone, locked in a cage far from family and friends, is sufficiently horrifying. But in prison, death is a matter of fact. In "Engulfed," Dawkins writes of the death of Richard:

“Then there was Richard, who shaved his head every day. He'd been here forty-eight hours and we were in the lunch line awaiting fish. The chow hall smelled like high tide. He turned around and said, ‘The air tastes funny,’ then he dropped dead right there. What could we do? We all went ahead and ate.”

Death, boredom, suicide, overcrowding, loneliness, mental illness, addiction—all of the plagues of incarceration are present and accounted for in this collection. But so is the humanity of the prisoner. Dawkins treats the reader to a peek inside the heads and hearts of the people who live their lives in jails and prisons. It turns out that they have hopes and dreams just like everyone else.

There are those who will object to a convicted murderer penning and publishing a book from prison. After all, Mr. Dawkins' victim lost his life. But prison is the punishment that the justice system has deemed fit for Dawkins' crime. As such, he retains his life and his talent as a writer. There is no good reason that either of these should be wasted.