The Grand Design: Strategy and the U.S. Civil War 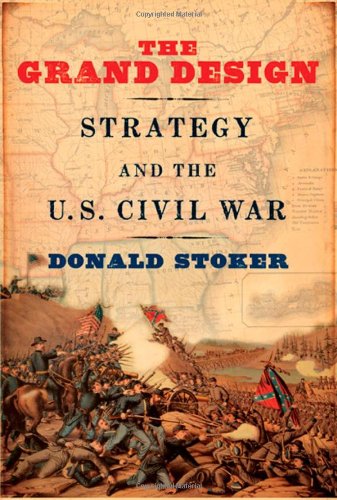 Mr. Mortimer has brought to the study of the American Civil War the biography of Pryce Lewis. In the mid 1850s, Lewis arrived in the United States from England at age 25, looking for a challenging and rewarding career of some sort. Moving from job to job and city to city he was finally hired in Chicago, just before the outbreak of the Civil War, by the fledgling Pinkerton Detective Agency.

It seemed a perfect fit for Lewis and the Allan Pinkerton. The single Englishman was very adept at detective work and got along well with his boss. When the Civil War broke out the newly appointed commander of the Department of the Ohio, General George McClellan hired Pinkerton to establish a secret service for him. Of course, Pinkerton’s best detective, Pryce Lewis, came with his boss.

In his first wartime assignment, Lewis was sent to Tennessee to gather intelligence for the Union armies. This state had been the last to leave the Union. Both sides fought fiercely to control it because of its strategic importance. McClellan was most impressed with the reports Lewis provided on the Confederate army there.

Northwestern Virginia was another hotbed of conflict. Charleston was the Kanawha County seat there, and a center of Union sentiment. After his success in Tennessee, Lewis was ordered to travel to Charleston. It was important to McClellan that he know the size of Confederate forces there. This time, Lewis would travel as an English cotton mill owner. It appeared to be a match made in heaven, since he was born and lived in England until immigrating to the United States in 1856.

The information he supplied the Union forces made it possible to control northwest Virginia early in the war. That hold would never be lost. In fact, Congress would reorganize that part of Virginia as the new Union state of West Virginia.

McClellan’s military success in the west brought him to the attention of Washington at a time when things were its darkest. So, after the military disaster at Bull Run, he was brought east and given the responsibility for rebuilding the Army of the Potomac. McClellan looked to Allan Pinkerton and his agents to supply him with intelligence.

Pinkerton continued to assign Lewis to such duty. In fact, he sent him south to Richmond as a messenger to deliver a letter for another operative. While there, Lewis was arrested and sentenced to hang. Because Lewis was actually an English citizen he was able to enlist help from the British Counsel. His influence and the reluctance of the Confederate government to avoid offending the British meant that the sentence was never carried out. Nineteen months later he was exchanged north. By this time, McClellan had been dismissed and Pinkerton resigned. Lewis and Pinkerton never revived their old close relationship.

Instead, Lewis went to work for Colonel Lafayette Baker, the wartime head of the federal secret service. For the remainder of the war, he worked in Washington where he was authorized to find and arrest deserters and other lawbreakers. Disgusted with official corruption, Lewis resigned after the war.

In the following years Pryce Lewis made two attempts to use his detective skills. The first agency failed due to his partner’s drinking problem. Pinkerton, who wrote a memoir blaming Lewis for the hanging death of a fellow agent, undermined the second attempt to establish a detective agency.

Failing to obtain a government pension for wartime service, Lewis drifted from one job to another for the remainder of his life. On December 6, 1911, Pryce Lewis went to the 370-foot-high observation deck of the World Building in New York City. From there, he fell, taking his own life.

The author, Gavin Mortimer, concludes that Pryce Lewis was the most able spy working for the Union, certainly Pinkerton’s best. But this biography is more than that. As any reader will quickly discover, Mortimer’s focus is on more than Lewis’s short career as a Union spy. Instead we are also introduced to the Pinkerton Agency, from its small beginnings to its involvement in the 1861 Baltimore assassination scare, its significant relationship with General McClellan early in the conflict, and its failed attempt to develop an effective military intelligence service for the Union.

All in all, Mortimer provides a very interesting read.