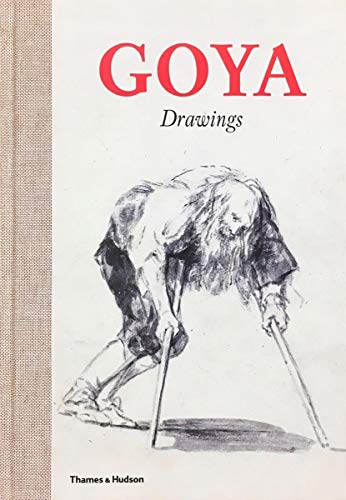 “provides a solid museum-like experience of this classical Spanish artist.”

Celebrating the 200-year anniversary of the Prado Museum in Madrid, Spain, it seems unbelievably fitting to mark the occasion with a Goya exhibition considering Goya was also on display during the opening days in November 1819. Although Francisco José de Goya y Lucientes (1746–1828) was still alive to witness that honor, it does not look like he made an appearance at his own exhibition.

One of the recurring themes in Goya Drawings is how uncannily relevant Goya’s artwork remains. Two centuries later and we can still relate to his sarcasms, empathies, satires, and sensitivities—which does not bode well for humanity since our blights and plights have not budged in all this time. How sad.

Well connected to the socio-economic and cultural realities of his day, Goya’s drawings comment on: “the falsity of relations between people, inequality and poverty, the irrationality of human behavior and passions, individual and collective violence, and madness.” He created images of mob mentality and the unseemly effects of crowd behaviors, male violence and the domination of women, witches and insanity, and the tribulations of old age. Each image is haunting and convicting.

Essentially a bicentennial exhibition catalog, Goya Drawings delivers over 250 illustrations that represent the robust Goya collections in the Prado’s holdings. The catalog begins with an overview of the collection written by Matilla, the museum’s senior curator. Matilla considers a brief sub-account of Goya’s biography, the history of the Goya drawings and sketchbooks, techniques employed by Goya in the different sketchbooks, Goya’s primary themes, and the current circulation of Goya literature. With a new five-volume catalog raisonné forthcoming, Goya Drawings serves as a neat and tidy summary.

After the opening essay, the catalog prints proceed chronologically from 1771– 1828 and then switches to thematic groupings. Some well-known sketches grace the pages such as A False Bacchus Crowning Some Drunkards, The Sleep of Reason Produces Monsters and The Cid Campeador Spearing Another Bull as one of several in Goya’s bullfighting series.

Lesser known images round out the group with some private collection items not often on display. In particular Goya’s portrait drawings, his copies of Velázquez’s Las Meninas, or his shocking image of a dead and dismembered man hanging from a sack titled He appeared like this, mutilated, in Zaragoza, in the early 1700s.

Light on text and biographical history yet saturated with illustrations, Goya Drawings pulls together samples from each of Goya’s sketchbooks and allows for cross reference and comparison as Goya’s interests and techniques varied over his lifetime. The catalog provides a solid museum-like experience of this classical Spanish artist.