The Glass Hotel: A novel 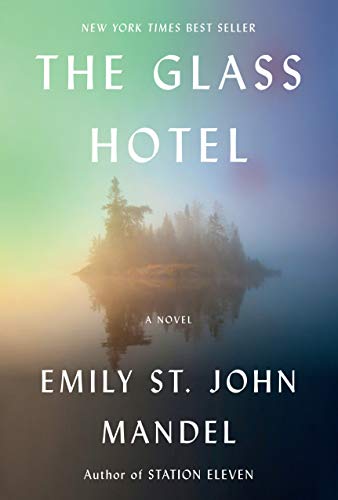 “Mandel’s symphony of belief and offerings builds slowly to a pattern that, in the midst of loss, insists on giving meaning and value to the half-understood, half-intended journeys that people so often take.”

Some places lend themselves to mystery from the start. In Emily St. John Mandel’s The Glass Hotel, a luxury hotel on the edge of ocean-isolated wildness provides a set piece of wonder and mystical connection: the Hotel Caiette, a five-star location on the north edge of Vancouver Island, off the coast of Canada.

Follow the bartender’s gaze, as she offers both warmth and intelligence to fabled investor Jonathan Alkaitis. For Vincent, whose half-brother has little to give her, and whose mother died in the nearby waters, perhaps of suicide, the elegance and wealth of Alkaitis represent an opportunity that the island itself could never offer: a chance to live graciously, luxuriously, embraced by travel, fine clothing, and a blunt but kind role as not quite wife, not quite mistress, and almost a partner in how Alkaitis spins his own sense of fantasy.

Alkaits is indeed an expert at raising financial fiction. Through gazes into the past and future, it’s not long before readers understand the parallel between this mogul and the now-infamous Bernie Madoff: Without malice, without any intent to harm, Alkaitis and a close circle of “asset-aware” employees have stacked investments that turn out to be fictional at best, tangled in Alkaitis’s own desire to please everyone and make them feel good—until he can’t meet the call for funds, and the whole pile collapses.

What Mandel does, in her layered and tender narratives, is show the haunting that love and good intentions can create. In fact, Alkaitis himself becomes haunted by the people who’ve died in his “best of intentions” scheme. And Vincent? What can she find for her own eventual liberation, despite the dragging anchor of her half-brother, whose dreams and pain also become part of this stacking of tissued longing? Her strength and exuberance ring bold and clear. Still, she leapt into the game from a position of no power, no assets. Alkaitis doesn’t seem ready to add to her base, except within the careful agreement the two have crafted.

Although Vincent and Alkaitis occupy the heart of The Glass Hotel’s spiraling story, each character is brought to delicately blushed color as if in Japanese watercolor, through the moments Mandel provides for them, either in their visions or in their settings. Like this, between a relatively minor character, Leon, and his wife Marie:

“’We move through this world so lightly,’ said Marie, misquoting one of Leon’s favorite songs, and for a warm moment he thought she meant it in a general sense, all of humanity, all these individual lives passing over the surface of the world with little trace, but then he understood that she meant the two of them specifically, Leon and Marie, and he couldn’t blame his chill on the encroaching night.”

Trembling between a crime whose effects devastate the lives of many, including of those Alkaitis truly treasures, and the hauntings that seem threaded to Vincent’s own passion and insight, The Glass Hotel also places life and dying into their necessary parallel positions of meaning—or, to inappropriately offer another song lyric, “You can’t have one without the other.”

Mandel’s symphony of belief and offerings builds slowly to a pattern that, in the midst of loss, insists on giving meaning and value to the half-understood, half-intended journeys that people so often take. And wake up to, and marvel, and perhaps see through the glass.