The Girls Are All So Nice Here: A Novel 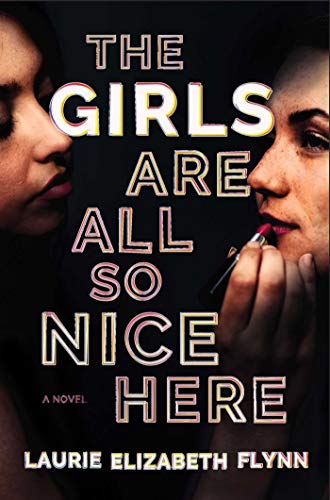 “A dark and twisted but riveting story.”

Ambrosia (Amb) Wellington receives an invitation from the Alumni Committee at her alma mater Wesleyan University. A ten-year reunion is coming up. She doesn't want to go.

An anonymous note changes her mind: "You need to come. We need to talk about what we did that night." The note references Dorm Doom, something everyone is bound to remember and not favorably.

"There's no signature, but there doesn't need to be. It can only be from one person. My face is hot and I can tell my neck is marbling red and white, the same way it always does when my anxiety flares up. I grip the countertop."

Amb doesn’t look back on her college days with any degree of sentimentality or fondness. Newly arrived on campus fresh out of high school, she was incredibly insecure, self-conscious, and lacking in self-esteem. Her roommate Flora, friendly and open, tried to warm up to her.

"As we unpacked, our door stayed open, and people from our floor lingered there, making introductions. I smile, returned hugs, nodded forcefully to future invitations to parties. But inside, I trembled. Some of the girls seemed to be friends already, with easy laughter and inside jokes from the Upper East Side private schools. Two model-thin blondes were from Los Angeles, thumbing their phones, laughing about some prom after-party at a club where a classmate screwed two guys in the bathroom."

Unsure of who she was or how to behave, Amb studied those girls and tried to imitate them seeking to participate in a social status where purses and clothes and updated cell phones were noticed, talked about, and judged.

". . . I copied the styles of the girls from our dorm, girls prettier and more fashionable than me: Gemma with her ripped jeans and oversized flannels, and Clara with her miniskirts over tights, and even our RA, Dawn, whose curly auburn hair rippled down her back in a twisted current, miraculously shiny and frizz-free."

But Amb couldn't quite pull it off:

Consequently, Amb let herself be swept along in the wake of the most flamboyant of them all. Bad Girl Sloane Sullivan:

"Sully kept inviting me to parties. . . . She was always doing something in excess—drinking, dancing, drugs, her lips on someone new—and that's why everyone luxuriated in her. She did what they wanted to but wouldn't. Whenever her eyes flicked to me—and they did, without fail—I knew I was being tested. . . ."

Being friends with uninhibited Sully was fun and exciting. Parties with her were never boring—especially the sex parties when Sully coaxed Amb out of her shell challenging her to extremes of questionable behavior with boys she'd never met.

Then the dares and cajoling went too far, and someone ended up dead.

Laurie Elizabeth Flynn brings us another Mean Girls look back at the reckless, risk filled college exploits of youth. But despite the sarcasm-tinged title this isn't only a book about college girls. It's also a book about sex. College girls having sex with boys who can't even remember their names, or boys who look at the girls like they have no idea who they are when they're kissed goodbye. The girls don't bother with names, either. Buddy is the universal honorific for hookup partners.

There's little to like about most of the characters, but they will draw you in anyway. Readers with daughters will surely hope Flynn's description of college girls gone wild is greatly exaggerated.

It's a story of ambition, resentment, jealousy, and what passes for friendship. A dark and twisted but riveting story.