The Girls from Ames: A Story of Women and a Forty-Year Friendship 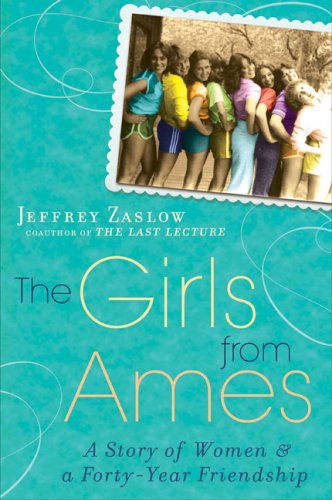 "There were times . . . when Kelly felt desperate, confused and shattered. But she also felt embraced and loved. And that sustained her.”

There are books that you read, and often put down because they are not what you expected. This is a book that you will read and occasionally put down for another reason: in order not to finish it too soon. The Girls from Ames is a book to savor and embrace, regardless of one’s gender.

This is a nonfiction tribute to a 40-year friendship between the 10 surviving members of an 11-member high school clique. They are a group of women who “reached maturity in the era when feminism was blooming.” They grew up with the theme of empowerment resounding in the environment.   Consider that on TV they watched not “I Love Lucy” or “Father Knows Best” but instead “Wonder Woman,” “Bionic Woman,” and “Charlie’s Angels.”

The original group of 11 girls—Karla, Kelly, Marilyn, Jane, Jenny, Karen, Cathy, Angela, Sally, Diana, and Sheila—grew up in the relatively small community of Ames, Iowa, a community where they were literally surrounded by corn fields. The corn there grows so high that it can hide cars.

This is a telling of the lives of this group (like a real-life version of the stories of eight women told in the novel The Group) and their lives are touched with successes, tragedy, divorce, illness, and death. The outgoing Sheila was to die in her twenties under strange circumstances that have never fully been resolved. In addition, the children of the group members have been affected by illness and two members of the remaining group have battled breast cancer. On the flip side, a member of the group first became a mother at the age of 45.

“Having a close group of friends helps people sleep better, improve their immune systems, boost their self-esteem, stave off dementia, and actually live longer. The Ames girls just feel the benefits in their guts.”

This book does its best in focusing on why it is vital for women “to nurture female friendships.” We’re told, for example, “Research shows that women with advanced breast cancer have better survival rates if they have close friends.” The matter of the peace and acceptance that accompanies aging is also well noted in The Girls from Ames. “By their mid-forties, women know they’re at a crossroads. They are still holding on to their younger selves, but they can also see their older selves pretty clearly.”

The one aspect of the book that may be slightly troubling is that males, particularly husbands and fathers, tend to come off as pale by comparison. The men in the lives of these women are displayed as not being very communicative, especially among other men (that is not how they get their needs met), and yet they are generally well loved.   At one point the women in the group are asked to rate their husbands/partners, and the average score came out to 8.2 on a 10-point scale. All in all, a very good score!

One man was asked to consider reading this book and he declined, sending this message via e-mail: “Unfortunately, I do not have plans to read the book, but please convey to the girls from Ames that I think they are pretty hot.” That was from Tom (60 years old) in Ohio.

The women from Ames are mothers and female role models in their own communities. But most of all they remain the best of friends. They are friends, survivors, and a mutual support network. They have all been battered a bit by life and, except for the still greatly missed Sheila, they have made it through.

This would be a great selection for almost any book club, even one that includes a less-communicative male or two. The very best news is that the story of the women from Ames will continue. The 13 daughters of the 11 women are extremely good friends. Bravo!