Girl A: A Novel 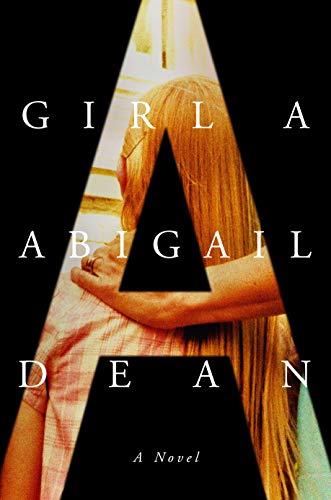 Let’s face it, a book centered around the wretched child abuse of a large family at the hands of a demented religious fanatic has some inherent drama to it. The reader is going to want to find out what happens to those poor kids. But what if the author purposely sets out to withhold revelations until practically the last page?

Abigail Dean, a British lawyer and onetime bookseller, is an undeniably gifted fiction writer. Her use of language is skilled, and her dialogue usually spot-on. But the reader is on uncertain ground through much of the book because she chooses to introduce characters without, well, introducing them. Her narrator, the titular Girl A, knows who they are, but the frustrated reader does not—often for chapters at a time.

Gradually, we piece the story together, but the book is half over before that happens. Raymond Carver was able to situate the reader in time and place in the first paragraph, often in the first line.

What we gradually learn is that Girl A was the sibling who escaped and got her brothers and sisters out of the hellhole known as Moor Woods Road. Chained to their beds (during “the binding days”) and starving, they finally escape— or do they? Dad kills himself, and Mother (his enabler) goes to jail. They became famous in the tabloids. So far so gothic.

Virtually none of the characters is likeable. Girl A, a/k/a Lex, becomes a lawyer in New York, and returns to England after mom dies, unvisited, in jail. Lex is arrogant and cold to just about everybody (including her loving adoptive parents), justifying it because of what she’s been through. Girl A, the competent one (but not the most ambitious), has reunions with her brothers and sisters, each of them damaged in some way.

Lex’ goal of converting the House of Horrors to a local community center is laudable, less so the way she goes about it. Old friends and lovers go through her gauntlet. She’s the character who smiles to herself at practically everything people say to her because they just don’t get it.

A hole in the center of the book is Lex’ attitude towards her imprisoned mother. When she gets new information, does it change her thinking? Is she healing? It’s hard to say. The whole book builds up to difficult brother Ethan’s wedding, but then when it occurs (Lex goes, after insisting, repeatedly, she won’t) nothing much happens. The wedding does offer a lovely travelogue to a Greek island.

The book gathers some force in the last quarter of its 342 pages. As we head down the home stretch, we’re finally fully situated. We now know, mostly, what happened on Moor Woods Road. Lex’ former lover JP, a smooth operator, is deftly sketched. We get a sense of what this book could have been if it had been structured differently.

There’s a melodramatic reveal in the last few pages that fell flat. Really? C’mon. It’s comparable to the bad guy removing his mask in an episode of Scooby Doo.

Intense devotion to duty was necessary to finish this book. On the other hand, Lee Child’s books are quick reads. They’re not vaunted literature, perhaps, but at least written by an author who knows how to keep readers reading. Did Girl A blurb writers Jeffrey Deaver and Sophie Hannah, who gush, read the same book?