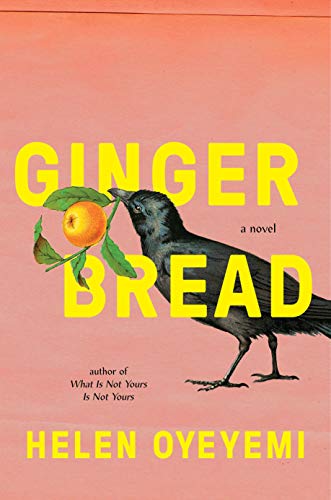 “Gingerbread is a phenomenal book, haunting and dark and ravenous.”

To call a book a fairy tale suggests as many restrictions as praise. One expects a fairy tale to be focused on archetype over character and story over nuance. A fairy tale relies on northern European traditions and patterns and runs moralistically to an unambiguous conclusion.

Helen Oyeyemi goes beyond both, producing in Gingerbread a story with all the mythic force of a fairy tale, but with startling layers, human complexity, and a quiet insistence on black presence at the center of the narrative.

Gingerbread spans two countries: England and Druhástrana, the latter a country lurking on the edge of reality, uncertain in geography and completely without diplomatic ties to other nations. One can come from Druhástrana; going there is rather more of a problem. Oyeyemi’s Wikipedia refers to the country as “an alleged nation state of indeterminable geographic location” and suggests “reclassifying Druhástrana as a purely notional/mythical land since . . . nobody seems to actually come from there or know how to get there.”

The Lee family are exceptions. They are Druhástranians in three generations, and only the youngest, Perdita, is born in England. Mother Harriet and grandmother Margot rarely speak their original language and guard their accents, but both live semi-charmed creative lives, embedded in remarkable homes and moving through a world that gives up scholarly secrets but not social ones. The Parental Power Association of Perdita’s school may be the only force not willing to surrender to them.

Then Perdita attempts suicide or, according to Perdita, doesn’t. Perdita claims to have been trying, via poisoned gingerbread, to return to the country of her foremothers. Though she survives, Perdita languishes in bed, struggling to regain her control of language. While she grasps for words, her mother tells her a story.

The story of the Lees’ arrival in England is multi-generational and tangled. Harriet and Margot’s Druhástranian lives are marked by rural poverty and individual determination. Margot defies her father for a love-match with a farmer whom she rapidly comes to despise. Their country home is haunted by devouring plants and poor crop yields until Margot makes contact with her wealthy extended family in an attempt to improve her lot, and her daughter’s.

Enter the Kerchevals, the Lees’ wealthy, enigmatic cousins. Gretel Kercheval becomes Harriet’s best friend. Gretel’s mother, Clio, looms like a witch in capitalist’s clothing. She would love to market the Lee family gingerbread recipe, using Harriet and her friends as cooks, models, and marketing tools. It’s a gift, a curse, and a trap.

Gretel, though, has other intentions for her friend. With Gretel’s help, Harriet and her mother escape not just from Clio but from Druhástrana, across the unmapped distances to England, where another branch of the Kercheval family awaits.

The English Kerchevals are less overtly malevolent than Clio, but their intentions are rarely clear. Elegant professionals, they occupy a Brutalist family palace of ever-shifting rooms. Two teenage boys occupy that palace, and one girl: Harriet Lee. One of them will become Perdita’s father, but which?

Though the question of who Perdita’s father is runs through the novel, it’s ultimately less significant than the political geographies of the two countries. Like most Druhástranians, the Lees are black. So are the Kerchevals. All move through an increasingly multi-ethnic England that remains subtly uncomfortable, constantly reiterating each character’s outsider status.

Druhástrana, freed from geography and history, becomes the site of origin for absolute outsiders. Refugees arrive in England without context. Englishness can be learned, but it’s not absolute. Harriet retains “a slight Druhástranian accent that she downplays so as not to get exoticized.” Yet, in accordance with her roots, she insists on baking gingerbread for everyone she meets.

The gingerbread is the story’s magical currency. Its appeal is in the aura as much as the taste: “It’s like noshing on the actual and anatomical heart of somebody who scarred your beloved and thought they’d got away with it. . . . That heart, ground to ash and shot through with darts of heat, salt, spices, and sulfurous syrup.” The gingerbread is seduction and poison. It’s familial and alien. As a dominant motif, it cannot be bested. Gingerbread is a phenomenal book, haunting and dark and ravenous.