Gimme Everything You Got 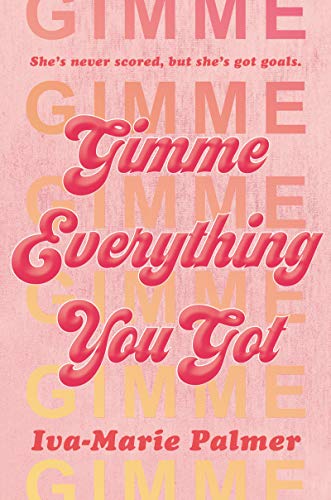 “The first day I ever gave a shit about soccer was September 4, 1979—the day that Mr. McMann showed up at Powell Park High. You know those moments when everything changes almost at once, like some kind of wave rolls over a room and whatever you had been doing gets washed away as it dawns on everyone that something way bigger is taking place? It was like that.”

Susan Klintock is a 17-year-old high school junior, and she didn’t know what hit her the day the new girls’ soccer coach walked into the school. She and a large group of girls—none of whom had ever played soccer—decided to try out just so they could see more of the hot new teacher. Susan, always one for fantasy, began to imagine what it would be like if the new coach liked her, too.

When she’s not creating sexual fantasies in her mind, Susan has a couple of best friends, goes to parties, and hangs out with her newly single mom. Every once in a while she’ll see her dad and his fiancée, as well, and even gets drafted to be in their wedding. Since the year is 1979, things are different. Besides the lack of handheld technology, Title IX, which gave girls the same rights as boys to athletics, had just been launched. But even though Title IX gave the girls a soccer team, it didn’t mean people were going to respect them. Susan was determined they would. Part of her training was with a boy she meets at a party who plays the game. But should she look at him as a sort of coach, or is he more boyfriend potential—if she could just forget about Coach McMann?

The book is fun, with good friendship discussion and drama, and the soccer is satisfying. So if you don’t mind taking a few chapters to get into what is really the main part of the story, you should enjoy it. Friendship, teenage romance, and college choices make for an interesting read after the book decides what it actually wants to be about.