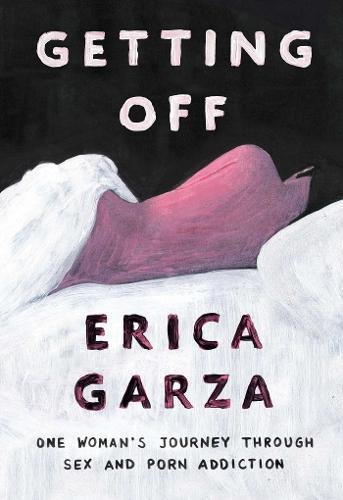 Garza attributes her sex addiction to her lack of self-worth and her sex adventures are sometimes so brutal you want to yell at her to just stop! The book is replete with anecdotes of men who use Garza in the most inhumane way like the French waiter she picks up. As she writes:

“I let him use my body however he wanted to, without protest. He threw me on the bed, literally ripped my clothes off, and fucked me so hard that when I finally made it home, I had to throw my underwear and tights away because of all the blood. After he came, he walked me to his front door and told me taxis weren’t hard to find, before slapping me on the ass and sending me on my way. I threw up the next morning, either because of the wine or disgust, or both.”

Garza, who at times emotionally abuses men in similar fashion, tries to understand the roots of her lack of self-worth and one is never entirely convinced she gets there. She grew up in a fairly normal, middle to upper middle class home. Her baby sister diverted attention away from Garza when she was a young girl, but so what? That’s hardly parental abuse and is not so out of the ordinary.

What makes the book tick is that Garza’s ability and talent as a storyteller. She’s a well-known essayist on this subject, and she is able to mine the depths of magic and mystery that makes sex what it is.

The book really hits its stride in, of all places, Bali, in the same town (referenced in the book) where Elizabeth Gilbert of “Eat, Pray, Love” fame, found her muse. Garza, all too aware of how odd this is, nonetheless turns her life around with a combination of yoga, abstinence, and meeting the eventual love of her life. So now we have two women authors who found happiness in the tiny town of Ubud. One wonders what’s in the water there.

As Garza struggles with her addiction and psyche, the reader is firmly in her corner because she is painfully open and vulnerable. This memoir succeeds as the best memoirs do. It introduces you to someone you have never heard of and, by the end, you feel as though you know the person’s inner soul and want to read more.