Is Gender Fluid?: Primers for the 21st Century (The Big Idea Series) 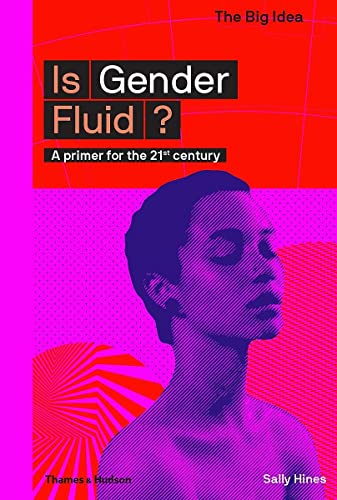 Is Gender Fluid? A Primer for the 21st Century is one of the growing number of books riding the current tide of interest in all things sex and gender, and is part of Thames & Hudson’s The Big Idea series which “makes complex concepts easy to understand.”

It is also a book for people who don’t have time to read, or who don’t like books, employing “the quick- recognition text hierarchy design,” which offers four different sizes of fonts some three or four of which are present on each page along with an assortment of visuals.

Paragraphs in the two largest font sizes are designed for people who “only have half an hour to spare”; with a whole hour you can take in all but the minutest text; and if you are a real vulture for knowledge and can “set aside a couple of hours” you can read the entire book and get both “a well-balanced overview and a detailed comprehension of individual concepts.”

Does this format serve the stated purpose of making “complex concepts easy to understand”? The real test of its efficacy would be to try it on three people with “different levels of reading” a description which appears to correspond to depth of interest in the topic rather than basic reading skills.

As someone very familiar with the ideas being explored, this reviewer found the format obscured rather than clarified the content. The visual confusion on the page repels rather than attracts. And even having decided on one’s font-level it is not easy to follow the font-thread, when each font is not represented on every page or in the same sequence. Distinguishing between levels two and three introduces a lot of self-doubt!

The paragraphs in the largest font are the most opaque and least melodious, struggling as they do to summarize several complex ideas in a few words. Typically, “Biological sex is not entirely restricted to male and female”; or “Uncoupling sex and reproduction challenges the analysis of sex as an innate and universal practice.” Definitions of terms—from Cisgender through Purdah and Shinto to United Nations and Zenan—are found in the smallest fourth level font, discounting the picture captions which are the fifth level, so perhaps this approach is cunningly designed to encourage movement to a higher level of understanding and not only to accommodate the time-poor.

And what of the “over 160 illustrations”? Do they enhance our understanding of the topic? Four 19th century photographs of hermaphrodite anatomy “not published but used for scientific research and teaching” may be enlightening to some readers in the discussion on Intersex, though external genitalia are only part of the story.

Elsewhere the connection of picture to text is not so obvious but may still meet the stated brief of “informative, provocative.” A passing comment on the equal rights of women in Ancient Egypt is juxtaposed with a visual of an “independent courtesan” standing to urinate . . . just like a man? Was this something only independent courtesans did? Or probably just a really nice picture not to be over-thought?

Within a four-chapter structure that addresses gender as an expression of biological sex, as a social construct, as being diverse, and as a subject for activism the text ranges widely backward and forward across  countries , cultures, and time periods offering up many interesting nuggets and sound-bytes of information in a colorful patchwork. This is perhaps best understood as the book of the future, catering for readers who would actually prefer any other medium.