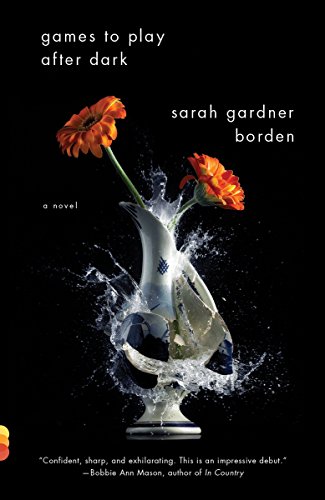 Although Sarah Gardner Borden’s compelling debut, Games to Play After Dark, has drawn reasonable comparisons to Richard Yates’ Revolutionary Road, it might be more constructive to read the book as a contemporary update of Kate Chopin’s 1899 classic, The Awakening.

As with Chopin’s novel, Games to Play After Dark depicts a young mother’s ennui over the thankless rigors of raising children while simultaneously struggling to decipher society’s expectations of women in what, despite apparent strides toward gender equality, remains, at heart, a man’s world. Over a century has passed since the controversy that greeted The Awakening’s publication drove Chopin out of the literary game; in an ideal world that passage of time would render such narratives obsolete. Yet as Ms. Borden’s novel makes clear on nearly every page, our world remains far from ideal, particularly with respect to the range of professional and personal options open to women in the 21st century.

Early in the novel we meet Kate, a young college graduate who falls hard for a man named Colin. That Colin has a steady job in the corporate world makes him somewhat of a catch in Kate’s eyes despite his already thinning hair and overtly traditional notions of family. Yes, Colin makes it clear early on that he expects Kate to bear and raise his children, but the prospect of settling down to a life in the suburbs exerts a peculiar pull on her sensibilities; at the very least, it represents an escape from the unpredictability of the singles scene.

It isn’t long, however, before Kate finds herself trapped in what can only be described as a portrait of domestic hell—complete with two daughters whose demands never let up and a husband who appears more interested in locking himself in his study to play “Grand Theft Auto” than in lending a hand in the childrearing. Add to this a long-smoldering resentment toward the father who physically and psychologically abused Kate in her youth, and it comes as no surprise when the beleaguered protagonist begins to crack under the pressure.

Stylistically, Games to Play After Dark springs from the gate at a rapid clip. Throughout the first hundred pages or so, Ms. Borden paints a picture of a life lived in fast-forward as the details of Kate’s life pile up like so many tweets or Facebook updates. While this strategy effectively conveys the unrelenting nature of the crush of days that spread out before the protagonist like so much housework in need of tending, the author’s best writing occurs when she lingers in the moment and gives her story some breathing room—as when Kate dreams of discovering a mysterious extra bedroom in her home, when she loses her daughters among the towering stalks of a Halloween corn maze, or in the giddy, agitated moments during which she contemplates an extramarital affair.

Like its predecessors—Revolutionary Road and The Awakening alike—Games to Play After Dark offers an unflinching glimpse into the secret desperation of the American mother. As moving as it is disturbing, Ms. Borden’s debut is, above all, honest. With any luck, we’ll get a lot more of the same from this talented novelist in the coming years.