The Fundamental Wisdom of the Middle Way: Nagarjuna's Mulamadhyamakakarika 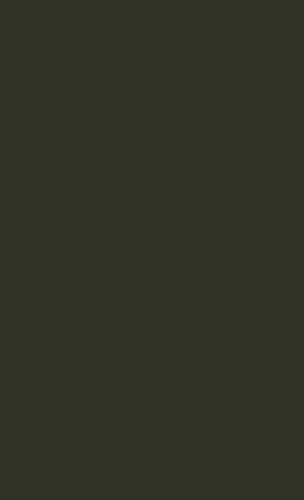 This treatise condenses profound teachings about the “middle way,” between idealism and materialism, as the philosophical grounding for the Buddhist balance.

After 70 years of study, the venerable Japanese Zen teacher Gudo Nishijima and his student, “Hardcore Zen” American exponent, Brad Warner, convey the gist of this formidable series of condensed reflections on this ancient collection of insights.

Någårjuna, a Buddhist philosopher who lived in India between 150 and 250 C.E., wrote the “fundamental wisdom of the middle way,” the Mulamadhyamakakarika. From a painstakingly literal Sanskrit duplicated here, Nishijima translated it into rough English. Warner shifts this into idiomatic, if still dense, vernacular. The pair added their commentary, further elaborating it into a style closer to a modern audience.

Warner admits in his preface that previous translators had quit this challenging project. Nishijima notes how earlier translations failed to capture the appeal of this philosophical forebear to Dogen, medieval founder of the Soto school which these two Zen priests follow. Their inspirations, Någårjuna and Dogen, earn accolades in surveys of Buddhist thought as its most advanced explicators.

Intrigued by the resemblance between these Indian and Japanese interpreters of dharma, Nishijima sought to prepare a fresh edition of the Mulamadhyamakakarika (referred to by him and this reviewer henceforth as MMK). He meticulously shows the original Sanskrit meanings by word-by-word definitions, he avoids reference to other editions so as to keep an objective reaction to the original text, and he respects the grammar of the text, however awkward in its English equivalent. Warner then adds his own idiomatic reflections and paraphrases of each passage.

While no direct transmission orally or in writing from Någårjuna to Dogen, over a thousand years apart, can be affirmed, they agree in their dialectic. Nishijima conceives how the MMK organizes each chapter around four concepts. “These are ( 1) the subjective concept from the idealistic viewpoint, which I will call “subjective existence;” (2) the concrete concept from the materialistic viewpoint, or “objective existence;” (3) the present moment, when real acts are done; and (4) reality itself, or ‘the reliable facts.’”

In turn, these four aspects follow Gautama Buddha’s noble truth of letting go of desire, in the sense of accumulation of goods or ideas. Nishijima reasons that the Buddha meant that desire needed to be analyzed by a four-fold method such as Dogen used: a transition from the competing versions of philosophy based on (1) idealism; (2) materialism; (3) action in the present moment; and (4) inclusive reality. In turn, the MMK, as the editors relate its meaning, moves away from an over-idealistic, subjective and an over-material objective emphasis to an imperative based in action apart from linear time, neither looking at the past or the future, but now. Reality enters as the only graspable situation that a practicing Buddhist can admit is true: the encounter with enlightenment, however transient.

Even this summary eludes facile understanding. This work demands concentration. Otherwise, the temptation to skim and not study may overwhelm those unaccustomed to such complicated concepts. Warner patiently rephrases each pithy verse in the MMK’s many chapters. These follow the pattern that builds from basic teachings to explanations of the external world, the philosophy of action, and the ultimate reality.

Nishijima and Warner reject mysticism. Contrary to Zen stereotypes, they remind the reader of the immediacy of zazen, “sitting meditation,” and the balance between body and mind within that pose that repeats the balance of subject and object, and spiritual and material, in the practitioner who strives for level-headedness, so insight and action merge.

The ineffable may elude easy perception by Western minds, which split what can be sensed into the material and the spiritual. Nishijima and Warner seek another approach to relate this concept. Fire represents the abstract thought of image; combustion stands for the concrete expression of the material energy; the flame actually exists, as the reality. Results seem to jibe more with Western philosophy, but this focus on the real as the truth, they admit, may be even unique in Eastern concepts to Buddhism as the MMK formulates.

Self-regulation repeats in their translation. Even Nirvana, they judge, may emerge from those who enter this mature condition of one who accepts neither invisibility nor intangibility as a necessity for revelation. Nor do these editors of the MMK accept a totally material, grimly concrete foundation for their findings. Instead, they find the stance that balances between all extremes, and in its daily action of the immediate moment, achieves without conscious knowing the flow of the everlasting present slice of eternal presence.

Here is a relevant verse as translated literally and then their commentary following:

The place where something that can never be expressed with words exists is just the place of our daily life, so how is it possible for us to exchange our daily life for the balanced state of Nirvåṇa?”

“The balanced state, or Nirvåṇa, is just the state, or the world, that naturally appears when we are neither too materialistic nor too spiritual. This occurs, I believe, when our autonomic nervous system has become balanced. It is not some other place that we can wish to enter because it exists right here in the present moment. At the same time our wandering through our daily lives is not something we should want to get rid of. Our own life is the life of Buddha. That which is impossible for us to express with words isn’t some mystical experience—it is just the wandering of our daily lives. But even the balanced state is also just a simple fact at the present moment. So it is completely impossible for us to exchange the wandering of our daily life for the balanced state of Nirvåṇa.” (Chapter 16, verse 10)

The translators highlight this idea of the nervous system that finds its equilibrium between the material and the spiritual. By focusing on the present moment, one can meet the heart of the dharma. It exists in the settled state, beneath conscious striving, of this original balance between the external and internal, the core of what Dogen and Någårjuna shared.

“Pain,” how they translate dukkha from the Sanskrit, remains for even the advanced practitioner, who cannot escape being human and being weak. Even if “dissatisfaction” tends to be favored by other translators recently, this concept of a basis of sentient pain becomes the situation that humans seek to avoid. This evasion then entraps them in fixed concepts that prevent them from awakening as the Buddha urged. Fictions of “me, myself, and I” separate us from the rest of creation. Unity must be sought instead of segregation of the ego and the individual. The Buddha reminds humans to reject this dichotomy, and to embrace the fusion of “we, ourselves, and the real phenomena of the world seem to be as if they were the back and face of the one real world,” in the phrasing of the translators.

Finally, while humans may fall short of Nirvana in everyday life, they may be inspired to strive for betterment even in their unfulfilled state. A verse late on urges: “Being decorated by brilliant colors, the fact that everything is totally in the state of splendid stability is just the real situation of the world.” That is, the beauty of the present all around exists beneath whatever illusions prevent people from seeing its truth. Stability beckons the shaky seeker towards a balanced state, the state of shunyata.

In this self-regulated state, the MMK shows how pain may give way to enlightenment. The dharma expressed here promises a better life can be grasped, within humans and the situation that they encounter all around, inside one’s self and out in the world. This presentation invites the serious student of Buddhism down the path to find meaning.