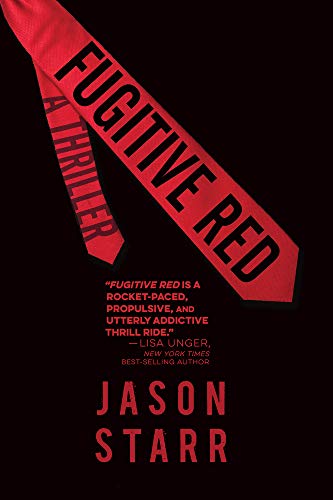 Jack and Maria have a complicated relationship. They live in a tiny Manhattan apartment with their eight-year-old son, Jonah. Jack has sworn off booze, but his music career has hit the skids and his new job as a real estate agent isn’t doing much better. Maria’s doing ok at her dull and uninspiring corporate job, but she travels frequently. While they both are great parents and love their son, this is the only thing they have in common. Their sex life has become boring and basically nonexistent. When a former bandmate tells Jack about a new extramarital dating app called Discreet Hookups, Jack quickly meets Sophia, who goes by the online name Fugitive Red.

“there was no doubt, chatting with FUGITIVE_RED had felt invigorating, like meeting a woman and going on a great first date and becoming insanely attracted to her all at once. Of course, I knew these emotions were fake, we weren’t making an actual connection . . . for all I knew she’d been lying about everything…But I couldn’t get myself to believe that FUGATIVE_RED wasn’t a real profile.”

Jack and Sophia hit it off and have a steamy online affair. She’s in an abusive marriage and searching for someone who’s not opposed to some kinkiness. When Jack agrees to meet with Sophia at her townhouse, he finds her dead—strangled with a red necktie. Immediately, he becomes a suspect in the murder.

Convinced that Sophia’s husband is the killer, Jack sets out to prove his innocence and save his marriage. Instead, he leaves a trail of dead bodies in his wake, and the police closing in on him. Worse, he discovers that he has been the victim of a sinister scheme that may cost him his life.

Jason Starr is the international bestselling author of many suspense novels, and his works have been published in over a dozen languages. He also writes comics and graphic novels for Marvel, DC, Vertigo, and BOOM! Studios, and many of his books are in development for film and TV. His newest page-turner Fugitive Red is a dynamic and spellbinding psychological thriller. It is crammed with edge-of-your-seat suspense and powerful irony.

Anyone who has read a Jason Starr novel knows that his characters often make bad decisions and then fight to pull themselves out of their self-induced messes. This compounds the anxiety and turns up the tension of the plot. This novel is a little different from other Starr novels. Although the hero, Jack has attempted to do some shameful and self-destructive things, you begin to relate to his character and eventually root for, and hope he succeeds in extraditing himself from his precarious predicament.

“I stared at her for a long time—thirty seconds, a minute, or it could’ve been longer. Time was distorted; it was hard to be sure about anything. My legs were weak, and I felt unsteady, like I was trying to balance myself on the deck of a boat in rough water.”

Fugitive Red is well-paced, disturbing and anxiety inducing. It is filled with plenty of chills, surprises, desperation, murder and a totally unforeseen ending that will leave you breathless. A hypnotic psychological thriller that you won’t be able to put down.