The Frightened Ones: A novel 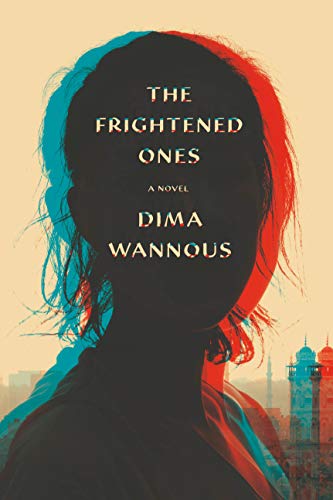 “A steady undercurrent of tension runs through The Frightened Ones as Suleima’s relationship with her inner world and the one around her are constantly on the point of fracturing.”

Societal implosion, mass death and destruction, suffering caused by years of bloodshed and refugees fleeing to Europe in flimsy, leaking boats—that is the backdrop to the life of narrator Suleima.

But rather than try to explain the conflict in Syria, its regional nuances, international interventions and deep sectarian tensions between its ethnic groups, Dima Wannous lets it seep out through one woman’s story.

The Frightened Ones also examines how the human mind tries to deal with trauma, often dissociating itself from what is happening around it and projecting its own experiences on to others as it tries to process what is happening.

While waiting to see her psychiatrist in Damascus, Suleima meets Naseem, a novelist, whose novels she is never able to track down.

She is being treated for panic attacks, while Naseem is unable to stop slapping himself about his face and head.

Following the uprising against the Assad regime Naseem flees to Germany from where he sends Suleima a manuscript of a novel he has written that seems to echo aspects of her life.

The Frightened Ones alternates between chapters narrated by Suleima and those which she reads in Naseem’s novel.

The two stories have points of intersection and others of divergence but the boundaries between the novel and the novel within the novel become porous.

Suleima’s family background is a microcosm of the wider societal and sectarian tensions that have been bubbling up in Syria for generations and which have fed into the ongoing conflict.

Her father moved his family from the town of Hama to Damascus.

“When I was young I hadn’t known exactly what was happening in Hama, and our lives in Damascus had always been stable. I remember the President’s portrait hanging in my father’s office. And how it made my mother endlessly angry. ‘You hang a portrait of the man who murdered your family? Does that make you happy? It wasn’t enough to run away, huh? What kind of man kills someone and shows up at the funeral?’”

Her brother Fouad is one of the thousands of people who have “disappeared” in Syria over the past decade, and Suleima’s dreams are haunted by him. She is convinced her mother hopes that her son is dead.

“How could a mother’s heart rest if her son were alive, being tortured endlessly?”

The topicality of the regional conflict aside, this is a novel rich in psychological insights.

A steady undercurrent of tension runs through The Frightened Ones as Suleima’s relationship with her inner world and the one around her are constantly on the point of fracturing.

As she reads the manuscript Suleima reflects: “Naseem stole me and wrote me into his novel.” But later she wonders if she has lost her memory and borrowed that of Naseem’s narrator.