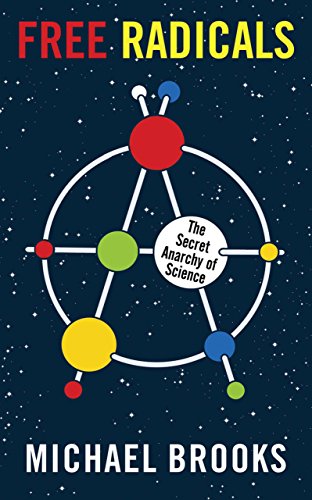 “It’s comforting to know that the people we rely on care about us and their work with all their hearts. But it’s uncomfortable to realize that they are just as emotional and weird and fallible as we.”

The good news is: Scientists are people, too!

The bad news is: Scientists are people, too!

Mr. Brooks, a scientist, discusses this paradox in his new book, which debunks “the myth of the rational, logical scientist who follows a clearly understood Scientific Method.” He declares that it is “time to reveal science as the anarchic, creative, radical endeavor it has always been.”

While yes, he argues, the scientific method is what our modern world is built on; no, he says, the people who built and sustain it aren’t just wearers of white coats in sterile labs.

He demonstrates this through stories about scientists from the days of Copernicus and Galileo through today’s electronic geniuses and medical explorers, describing numerous dramas that reached soap operatic proportions yet led to Nobel Prizes. Readers may be surprised to learn how many notable figures who made breakthrough discoveries took their inspiration from dreams or drugs, religion or mathematics, or just visions that struck out of the blue.

Scientists, Mr. Brooks claims, are driven by passion and politics as much as an intellectual pursuit of knowledge and the joy of learning. They can be reckless and irrational, disobedient and altruistic, to the point where “science is civil war without the bloodshed.”

This climate is more historical than current, as a lot of momentum has been lost over the decades because science, as a career path, has become stultifying. Overspecialization is one culprit, Mr. Brooks suggests, aided by the peer review process, which in many places has devolved into preservation of the status quo instead of the quality control instrument it was intended to be.

He also observes that important avenues of pursuit have been overlooked or suppressed in the competition for funding and position; and the educational system has come to stress ritual over creativity, killing youthful curiosity and making other fields more attractive.

For these and other reasons, science has retreated behind closed doors just when it most needs to interact with culture and policy—especially now with the bucketful of global problems that must be solved creatively and courageously.

“If we want more scientific progress,” Mr. Brooks says, “we need to release more rebels, more outlaws, more anarchists.” These are the people who dare to solve problems and stick with them until solutions are found because they are compelled to find them. Scientists by nature need to know the truth and many will pursue it at great personal cost for the benefit of everyone else.

This is the good news/bad news quotient. It’s comforting to know that the people we rely on care about us and their work with all their hearts. But it’s uncomfortable to realize that they are just as emotional and weird and fallible as we.

The bottom line is that we need more of them. Mr. Brooks calls for scientists to lift their heads and raise their voices while the rest of us ask hard questions and demand institutions that will bring more visionaries into play. Science is a “vital and fascinating facet of human culture” he says, and it needs to be kept “outward-looking, relevant, energetic, and accessible.”

Once that happens, there’s no limit to the great things scientists can do for the world. Free Radicals presents a solid case in support of that potential.