Fra Angelico and the Rise of the Florentine Renaissance 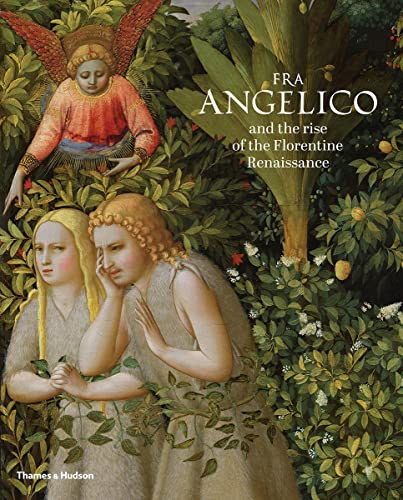 “The glory and success of Fra Angelico and the Rise of the Florentine Renaissance is the way in which the images were curated to highlight Fra Angelico’s position in the Renaissance spectrum . . .”

The Italian Renaissance (1330–1550) was an immensely impactful period in history that lead to a host of changes in perspective around subjects such as philosophy, science, religion, and, of course, art. This is not new information for many readers who recognize names such as Michelangelo, Leonardo da Vinci, Raphael, and Botticelli—all of whom dominated during the High Renaissance. But what is often overlooked are the contributions made by their predecessors earlier in the Renaissance timeframe: Giotto, Donatello, Masaccio, and, the star of this book, Fra Angelico (c. 1395–1455).

Born only a few generations into the Renaissance mindset, Fra Angelico was known by different names. His birth name, Guido di Pietro, served him until he took religious orders in a Dominican convent in Fiesole, near Florence, and was named Fra Giovanni in 1423. It is rumored that his ability to portray the spirit of all things sacred in a painting is what earned him the nickname Angelo. For the purpose of art historical records, artwork and commissions were maintained under both names: Giovanni and Angelo. Also in typical Renaissance fashion, it is often not clear which paintings were produced by Fra Angelico and which by someone in his workshop or by someone imitating or collaborating with his workshop.

These are the topics that are batted around in Fra Angelico and the Rise of the Florentine Renaissance. In making a case that Fra Angelico was at the forefront of the artistic frontiers and very much behind the rise of the Renaissance as it took off from Florence, the authors consider many of the other artists of the time, their breakthroughs and technical achievements and the balance between painting, sculpture, and architecture.

Two of the three essays (both by Strehlke) evaluate the community of artists active between 1400–1439. For instance, Fra Angelico was familiar with the work of Brunelleschi, Ghiberti, Gentile de Fabriano, Masolino, Masaccio, and Paolo Uccello. He was also integrated with the Spanish influences of the time. Even to this day Fra Angelico is revered in Spain with the Prado museum being the proud owners of his Annunciation Altarpiece with the focal point being the Annunciation and Expulsion of Adam and Eve from Eden, a detail of which is used for the cover of this volume.

This painting (Annunciation) was created during a highly innovative artistic revolution, and the third essay (written by González Mozo) goes into great detail regarding the entire Prado Annunciation altar piece. González Mozo includes a variety of insightful comments about the theatricality, the use of architectural perspective in painting, the mystery of divine space, composition, symbolism, and above all, emotion. She also touches on the technical aspects of painting with the effects of color, light, shadow, brush technique, and borrowed stylistic elements. All of these were used by Fra Angelico with thoughtful intension in order to tell the miraculous story of one of the holiest scenes in Christianity.

The Annunciation piece was (and still is) a subject of scientific research with a restoration team caring for its preservation and a research team studying infra-red and X-ray images to uncover the artistic processes that were in play 600 years ago.

While the essays occupy the first half of the book, the exhibition catalog creates the bulk of the content. The purpose of the exhibition is to present Fra Angelico as an integral master, “at the heart of the artistic, political, and social movements of his time, demonstrating that his achievement is on a par with his fellow Florentine masters . . .”  As such, rich examples from Donatello, Masaccio, Uccello, and Filippo Lippi are included in the catalog. Each of the 50 entries is accompanied by a detailed description setting the context of the image and its relation to other works. Full color reproductions are stunning and abundant.

Parts of the essays can be dense reading at times and would be a struggle for art history novices to absorb. Where Strehlke’s writings are heavy on the history aspects, Mozo is heavy on the art. Their writing styles are different but complimentary, both bringing something that will interest a wide range of readers. The glory and success of Fra Angelico and the Rise of the Florentine Renaissance is the way in which the images were curated to highlight Fra Angelico’s position in the Renaissance spectrum, proving that not only the High Renaissance artists deserve recognition.