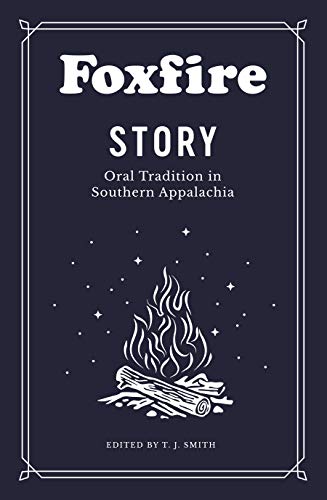 “Foxfire served as a radical revalorization of a denigrated southern mountain culture, often slapped with the pejorative label of ‘hillbilly.’”

The Foxfire project is more than an archive of Southern Appalachian oral tradition and material culture, it is an ethos and a lifestyle. Eliot Wigginton at the Rabun-Natoochee School in far northeast Georgia devised an alternative high school English curriculum that centered on sending students out to collect Appalachian oral history in their community. This experiment started in 1966.

It was designed to be more than just a collection of field recordings. Wigginton’s students also produced curated collections of their material in Foxfire Magazine (and later a series of books). The first issue dropped in 1967. Foxfire served as a radical revalorization of a denigrated southern mountain culture, often slapped with the pejorative label of “hillbilly.”

The project excelled at detailing Southern Appalachian material folk culture along with its rich oral traditions in all of their varieties and forms of delivery. How to build a real log cabin, indeed!

It is worth recalling that the period between 1965 and 1975 was one of tremendous anti-establishment fervor. It was one of those precarious periods of challenge, critique, and an opening to new ideas and practices. Not surprisingly, this seeped into the American educational system, often in unexpected places and ways.

Standard fare at my New England prep school during that period included such diverse counterculture gems as Richard Brautigan’s Trout Fishing in America; Jack Kerouac’s On the Road; Henry David Thoreau’s Walden; Edward Abbey’s Desert Solitaire; and Tom Wolfe’s The Electric Cool-Aid Acid Test. And, of course, Foxfire Magazine and Foxfire Book 1. Collectively these works raised the roof for a bunch of teenagers who had lived largely sheltered lives.

Today, Wigginton’s radical experiment would be called “experiential education” or “project-based learning.” Applying all that good classroom-based learning onto real-world problems, most of which are unscripted.

As editor T. J. Smith underscores, oral traditions “entertain, validate, educate, and control.” Those stories, legends, poems, songs, jokes, beliefs, and anecdotes build upon custom and tradition; serve as a mode of illustration of proper and improper behavior and values; and make connections between people and between people and places.

The book is divided into two sections. The first opens with two chapters that serve as a glossary of terms and phrases (“all-overs” to “young sprouts”). What follows are chapters exploring different forms of oral verbal art and performance. The second delves into particular “tellers” who are the repository of this deep local knowledge.

A dominant theme running through Foxfire Story is the production of place through oral tradition. This insight is reminiscent of anthropologist Keith Basso’s Wisdom Sits in Places, which unpacks the complexity of Western Apache placemaking. Basso’s gift is his ability to craft finely wrought ethnography coupled with nuanced theorizing.

For Basso, wisdom comes from deep knowledge of place through stories. Those stories carry moral lessons and allow Western Apache to understand the past while simultaneously situating themselves in the present. Thus, place-stories are about the production and reproduction of social memory and identity. The mind is, in a certain sense, extended into the environment, landscape, and society.

A secondary theme, and perhaps even more important, is the demise of Southern Appalachian culture as captured by the Foxfire project. What started as the collection of people’s everyday knowledge encapsulated in oral tradition is now a form of knowledge relegated to a small subset of professional storytellers, who keep the tradition alive. Foxfire has, thus, shifted over time to become a salvage project documenting a world now transformed.