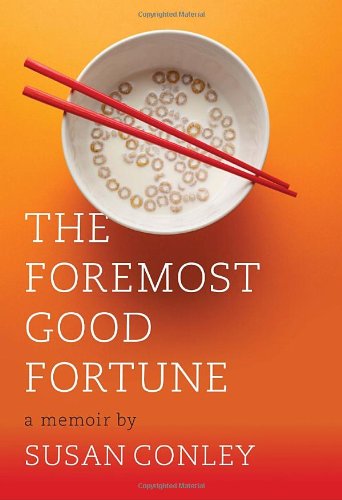 Susan Conley writes a compelling biological memoir about life changes: geographic, physical, and emotional. Her journey takes her to her innermost soul, as well as to a place remotely different from her pleasant life in Maine. The experience alters her life in ways she could never have expected.

Ms.Conley’s first few weeks in China are likened to being on another planet. Her husband, Tony, is being sent by his company to open business in Beijing, and speaks fluent “tonal” Mandarin as well as other Chinese dialects and is in love with China, having spent time there before. Aiden and Thorne, their four- and six-year-old sons pick up the language quickly, as younger children do. Only Ms. Conley feels out of place and fears being alone, friendless, and lacking sufficient language skills to blend into Chinese society. But the day the boys are put on a school bus where few speak English, they are more terrified than Susan.

There is not much about China that appeals to Ms. Conley. Walking in spittle in one of the filthiest and polluted cities in the world, through smog so thick you can taste it, does not endear her to what will be her new home for the next few years. The family explores the Wall of China, horseback riding, and sightseeing, plus enjoys the exotic and delicious Chinese delicacies, but the transition is still difficult.

Within a year of acclimating to the complexities of her new life, Ms. Conley is diagnosed with cancer—now facing three big Cs: cancer, China, and change.

Suddenly there are two stories to relate, one intertwining within the other, and both looming over her with various aspects of dread far beyond her anticipations. She endures a mastectomy, breast implant and radiation stoically—especially since some is done in Beijing—badly done. Flying home to Maine for a while gives her both strength and belief in her cure. Not for long though, as the family heads back to China before she gets to make her decision on chemotherapy, something she’d feel much more secure about in familiar and trusted surroundings.

Ms. Conley tells her story in a straightforward manner with no self-pity or maudlin sequences in spite of facing one of every woman’s greatest fears.

In the end, she flies back to China in the aftermath of the devastation of a terrible earthquake, with all its ramifications, and resolves to do what she must—make her peace with both China and the cancer, keeping her own deep fear under control. She is not an alarmist or a whiner, rather a strong woman who believes in hope, but most of all in herself. China pleases her no more than her first trip, perhaps less. What’s done is done, and Susan deals with it. This woman is a model for women everywhere, facing possible death and staring it down. She uses the unusual artifice of speaking directly to the reader as if they are one of her characters; a clever and successful ploy in bringing her readers into her world in a most intimate way. While Ms. Conley’s narrative is brilliantly structured and flows like molasses from a New England maple tree, her story might be enhanced and livelier with more interactive dialogue.

Throughout their second trip to China Ms. Conley overcomes thoughts of the cancer that attempts to cling like a canker sore that refuses to heal. She experiences what so many sufferers feel—that sense of great sadness and the weepiness that has no name; a body that betrays her, but most of all, the sense of suffering alone—even when supported by loved ones.

The Foremost Good Fortune is a unique take on the complexities of ex-pat life compounded with an uncertain future in a country of contradictions. It is recommended for all readers who wish to learn about love and survival from a story well told . . . and not easily forgotten.