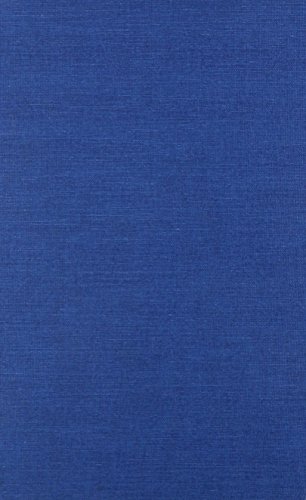 “Nicely—even elegantly—written, well edited, and consisting of material not published elsewhere, this is an entertainingly rare gem of a book. Bravo to Jake Austen and his contributors for taking the high road throughout, and presenting these fragile personalities with the dignity and respect they deserve.”

At first glance, the cute title and 1950s sci-fi cover art of Flying Saucers Rock ’n’ Roll: Conversations with Unjustly Obscure Rock ’n’ Soul Eccentrics suggest parody or—worse—condescension; however, it isn’t long after the preface that respect and genuine affection shine through in this excellent anthology, named after a 1950s novelty song recorded by Billy Lee Riley, a Memphis rockabilly performer profiled in the book. The editor and writers are to be commended for their empathy and refusal to take cheap shots at the 11 unique individuals and groups profiled in this collection.

All of the biographical sketches have been written by regular contributors and fans of “outsider music” to Roctober, a popular cult magazine edited by Jake Austen from which these articles—once again edited and updated by Mr. Austen—have been reprinted.

Mr. Austen has selected what he says are some of the best articles appearing in Roctober, and notes that he has never set word limits on profiles written for the magazine. Most of the pieces were written over the past 10 years, so Mr. Austen’s editing includes valuable updates to the original articles. Be forewarned: some of the updates are truly sad.

Roctober’s mission, according to Mr. Austen, is to profile musical “discoveries” who are so far off the mainstream grid that little documentation or media exist. Some chose to remain off the grid, some fought too hard and too loudly and were turned back, and some had severe personality or mental health issues. They may have been denied fame or even mainstream acceptance for any one of these reasons.

Roctober appears only in print and not online because Mr. Austen is an avowed purist when it comes to fanzines: they need to be held, he feels, and not read from a computer screen. As such, it is highly doubtful that Mr. Austen owns either a Kindle or a nook. But that’s not a bad thing if we consider that Luddites can be either charming or annoying. Empathic Mr. Austen clearly falls into the former category.

The idea for Roctober came to Austen in 1992, after he discovered the paucity of published information on rockabilly legend Sleepy LaBeef, who also happens to be one of editor Austen’s musical heroes. From there, it wasn’t hard for the nascent publisher to find other aficionados of the offbeat at the Rhode Island art school he attended. It’s been nearly 20 years, and many of these early inductees to the outsider mystique still contribute articles and hip art and cartoons to the magazine. Roctober continues documenting outsider music and art, and averages about 5,000 subscribers annually.

Some of the musicians profiled or merely mentioned herein are, no doubt, truly “out there,” like the late African American blues singer who called himself only “The Black Lone Ranger.” He dressed nightly in Lone Ranger garb, with plastic guns on his hips and wearing a derision-inducing hand-sewn mask to hide his identity. Riding the bus in costume nightly to Chicago’s tough South Side blues clubs—the Checkerboard was his favorite—he would take his share of verbal abuse and yet sit all night waiting for a chance to perform. Occasionally, he was begrudgingly allowed to sing a song or two from his small Muddy Waters repertoire for no pay and little applause.

Mr. Austen mentions the Ranger in his introduction, but advises us that even Roctober couldn’t find anything to print about a man who aspired to myth but was in every way unremarkable—including musically; however, Mr. Austen was kind enough to remain at the old man’s hospital bedside at the end, and took down the man’s last wishes for his family to honor upon his death.

Then there are the three gay brothers—Miki, Armand, and Paul Zone—known in their last musical incarnation as The Fast. Born as singletons in the 1950s, they came early to music but late to their triplicate gender-bending identities. However, they soon parlayed their offbeat personae and original—and sometimes daring—music into paying gigs in the pre- and post-disco club scenes, stopping over at power pop, glitter, and punk along the way.

Yet even with talent, industry connections, and an endearingly innate pop art sensibility, these guys simply couldn’t catch a break, despite their relentless drive to succeed as performers. It was when death finally came for Miki and Armand—leaving Paul to tell their tale, alone, like the Ancient Mariner—that The Fast receded further into the mists. If not for Jake Austen and Roctober, you would not be reading about the Fast at all.

On the other hand, there are performers profiled who were likewise talented and who come across as more mainstream than, say, The Black Lone Ranger or The Fast. It is these folks—seemingly grounded, talented, driven—who force one to speculate on the nature of fame and its capricious choice of subjects.

For example, there’s 1950s R&B and blues diva Sugar Pie DeSanto, a big voiced woman who performed on the same stages and recorded in the same studios as James Brown, Etta Baker, and other R&B greats, but who figures little in pop music history. A good portion of her sidetracked career might be blamed on temperament, personal tragedy, or poor health—any one of these could have denied her the career she probably should have had. The writer of this profile, James Porter, originally wrote the piece in 1999 when Sugar Pie was in her early sixties, and updated it in 2009.

Toward the end of the revised Sugar Pie profile, a quotation from the artist sums up the optimism, the sheer brio, shared by the people profiled in this book, regardless of their fates: “They sent me something in the mail about [an electric wheelchair]. I told them, ‘Are you nuts?’ I just tore it up and threw it in the garbage can. Un-uh. You ain’t scootin’ me nowhere . . . I think I’m pretty agile for 73. I get around like a young chick.”

Then there are the perplexingly lackluster careers of the should-have-beens, like African American playwright-poet-activist-songwriter and Columbia Records recording artist Oscar Brown, Jr., or Billy Lee Riley.
Brown’s name may ring a bell among older music or avant-garde theater fans, or among sixties lefties, but few can name a specific piece of work by Brown.

Reilly was recorded by the legendary Sam Philips at Memphis’s famed Sun Records at the same time as Elvis, Jerry Lee Lewis, Johnny Cash, and Carl Perkins. Somehow, though, ole Billy Lee—talented but a tad mercurial, it is said—barely kept missing the brass ring but refused to stop trying. A post-script to the Billy Lee article reveals that he died from colon cancer on August 2, 2009, while working on his unpublished autobiography. According to the article, he was still all piss-n-vinegary, wary of reporters, but hopeful for the future that never arrived.

Riley’s profile is an excellent example of Mr. Austen’s pledge to honor his writers’ prolixity. The article runs 61 book pages, exactly double the length of a bio of the better-known “outlaw” country western singer, David Allan Coe, who wrote the country tearjerker, “You Never Even Called Me by My Name.” It may have taken a degree of chutzpah for Mr. Austen to include Coe in this anthology, because the country singer has been plagued for years by tales of recording underground white supremacy albums and having supported Aryan Nation causes.

Other eccentrics profiled in this excellent and big-hearted book are the R&B group, The Treniers, Sam the Sham (yes, of “Wooly Bully” fame), the truly cosmic Zolar X, and the Sicilian-American sibling punk rockers who billed themselves as The Good Rats.

Eleven years ago, Irwin Chusid published what may have been the daddy to this publication. Titled, Songs in the Key of Z: The Curious Universe of Outsider Music, that anthology featured a similar retinue of eccentrics; however, Chusid went even further “out there,” featuring acts that may have lost all touch with reality or taste, or both.

Chusid wrote honestly about the talented mentally ill like Syd Barrett of Pink Floyd, the plainly eccentric (Tiny Tim), the dangerously eccentric (“homicidally belligerent” British rock producer Joe Meek), and the just plain awful. Chusid is one of few writers about vaudeville to cite The Cherry Sisters, billed as “the worst act on the stage today” back in the 1890s. He profiled artists who never quite mastered self-assessment, to say nothing of reality, but who persevered nonetheless.

For those who are fascinated by artistic eccentricity, or are buoyed by displays of indomitable spirit in spite of the seemingly insurmountable, Flying Saucers Rock ’n’ Roll fills the bill. Nicely—even elegantly—written, well edited, and consisting of material not published elsewhere, this is an entertainingly rare gem of a book.

Bravo to Jake Austen and his contributors for taking the high road throughout, and presenting these fragile personalities with the dignity and respect they deserve.