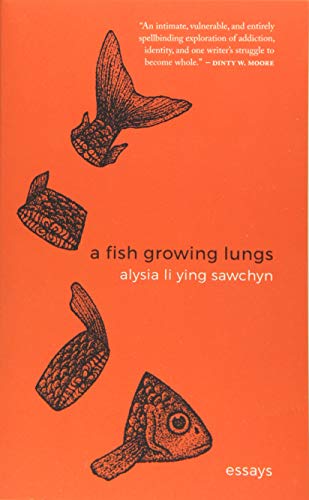 Alysia Li Ying Sawchyn taught students about “ethnicity, gender, sexuality, ability, class, age” but not mental illness. She is a person of color and a woman. This the students can see. But she does not mention meds. This book is about that, or kind of about that. Sawchyn was misdiagnosed.

There are ironies, not admitted and not needing to be admitted. Sawchyn writes “creative non-fiction,” a story of disorder and pain, arriving at something she calls survival of adolescence. It is actually not about mental illness but rather about desperation for cure. There is none. ”The truth is,” she writes after freed from all meds, “I am always looking to forget myself. Even still.”

She describes wanting “so badly to be okay that all nuances disappear.” But her art refuses to make them disappear. This is its beauty: honest portrayal of a self-absorbed, confused society, wanting the disappearance of what can only be faced.  Sawchyn spends seven years trying to “escape my own mind.” “What is this thing inside that demands that we swallow ourselves?”

In the end she finds relief when “for a few moments I escape myself.” The cause of pain is desire to disappear and relief is ability to disappear. She tries all the right kinds of therapies—meditation, yoga, nature—but in desperation. You can’t escape that way. Again, she doesn’t say this. She doesn’t need to.

It is not a fix. She discovers it “beneath the garbage.” That is, she discovers it as, bit by bit, she sees garbage as garbage. And part of that garbage is precisely the desperation to “look and see.” Among all the other supposed solutions, there is the “old catharisis” of writing. You write a letter to the self you resent  to “literally see your thoughts.” But it doesn’t work: “I was not ready to look at myself.”

A kind of destructive self-absorption is offered to answer self-absorption. It may be the real illness of our times: Self-absorbed pursuit of escape from self-absorption promoting pain precisely by trying so hard to make it disappear. It won’t disappear but can be faced as Sawchyn does.

The drive to be ”normal and okay and whole and good” is not unique to those who’ve been labeled mentally ill, as Sawchyn discovers. She ends up “working and working and working” toward overcommitment to responsibility. The last essay describes clichéish indulgence at a nightspot. It is plasticized fun that academics, of which Sawchyn is one, avoid admitting. And she uses clichés to describe it: “We raise our voices . . . say that we don’t behave, that we believe in a thing called love.”

Thus, she has fun without analyzing. She just has fun, not obsessed with what it means. “Nothing triggered, nothing spiralled; my fears unfounded. It feels like some kind of magic.” The “magic” after all is to “look and see,” which she does in her writing, but there emerges something “true and gentle,” not driven, in her direct look at the dark pit often called “life” by helping experts.