The Finder: A Novel 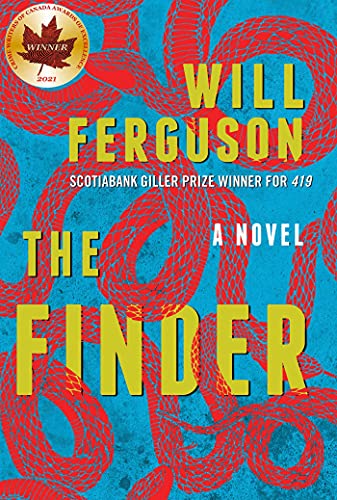 To describe this book in one word, a good choice would be “interesting.”

Interesting enough to not want to put it down, even though it’s hard work at times to stick with it.

That’s because it’s a genre oxymoron: a literary thriller.

Literary novels tend to be slow, deep, and rich. Focused on character, emotion, suffering. Motivational conflicts are usually internal and embrace large themes through the intimate aspects of life most of us can relate to. Literary novels are expected to be serious, if not profound; and a characteristic of the genre is exquisite writing.

The Finder is all of the above.

Thrillers, meanwhile, tend to be fast and sharp. Whatever profundity and theme might be present emerge from between the lines. Characters are usually sketched not painted, emotions conveyed more through action and dialogue than inner workings, and motivating conflicts are external. Thrillers, above all, require danger.

The Finder is all of the above.

The man of title is small and bland, virtually invisible to most eyes. But he’s “always had a knack for finding things,” and made a career of it by locating forgotten objects of value then cashing them in. Their value isn’t always intrinsic; rather, they are valuable because they’ve been lost and were never expected to be seen again. They thus command huge prices, which the finder collects through various guises. Nobody has ever caught him at it, nobody even knows his name or what he looks like.

He’s a cipher, a shadow—and a ruthless killer of anyone who can recognize him. He is so smart and careful he can run rings around everyone else then erase his trail.

On that trail nonetheless is an Interpol agent obsessed with finding the finder. Passing between them are a disillusioned travel writer, a tough-as-nails photojournalist, a lonely policeman on a tiny island at the end of the world, and a loony scientist’s naive daughter. All unknowingly cross the finder’s path while they’re busy trying to find themselves, or what they have lost.

While a host of supporting characters is sketched thriller-style, the central characters are presented in literary-style detail. Their painful portraits are so intensely, realistically human it’s impossible not to have sympathy for them and care about their fates, even if you don’t like them.

Similarly, each location in the globe-hopping story is so thoroughly and accurately conveyed, you feel you are there.

The profiles of people and place go on long enough to make you start wondering when the plot is going to pick up again. But then the author drops a clue into the narrative to remind you the scene is crucial to the whole scenario, not a sidetrack, and you can’t help wondering how it’s going to fit in overall.

To get the clues, you must read each entire mini story. At times the book feels like an anthology of short stories tied together by a theme. But each story isn’t quite complete, closing on what isn’t quite a cliffhanger that compels you to keep reading so you can advance another step closer the unguessable resolution.

Beneath the suspense is an undertone of pathos. Each character has suffered a loss and is looking to rediscover something that will heal them, or else facing no hope. They are different combinations of sad, broken, scarred, depressed, alone, beyond redemption. Dialogue is often rude, crude, and sometimes cruel, occasionally amusing. Scene after scene shows how ugly and unfair life is, how humankind is a history of destruction, all efforts in vain. Periodically we get little flares of hope, enlightenment, kindness, but those lights just serve to emphasize the darkness.

And darkness there is. Under the undertone lurks an ominous foreboding. Because the characterization is so good, and you’ve gained a sympathy for the principals whether you want to or not, you reflexively hope bad things don’t happen to them. Yet it feels inevitable, like watching two cars spinning in slow motion on ice, unable to avoid colliding.

So while yes, The Finder is a thriller, with globe-hopping action/excitement/danger as people search for treasure and other people chase them, leaving behind a body trail, it’s also a literary novel focused on the human spirit, written in sometimes self-conscious top-end prose.