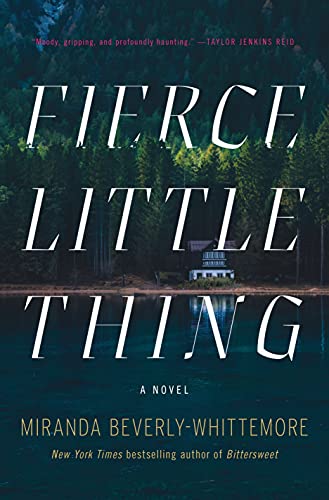 “captivating, thoughtful, and tense, a great read for those who enjoy psychological thrillers and complex puzzles. Highly recommended.”

When Saskia was eleven, her father was sent to jail for murdering her little brother, and her mother fled to Mexico. Decades later, the memory of that terrible day eludes her, like something slippery and dark, like the feather her brother was holding before he died. Try as she might, the story she pieces together is fragmented.

“I’ve gone back again and again, too many times to count, but that part of the story is always just gone, like the feather itself, the first things lost in an endless list; although one might say that the story gained is something left in return.”

Saskia’s grandmother, not one for keeping children around, sent her to live with family friends when her own family fell apart. The Pierces were not a traditional family, the father an artist and the mother a traveling businesswoman, and eventually the father, Philip, took Saskia, along with Xavier, her new “brother” the same age as she, to the wilderness in Maine, where they joined an intentional community called Home, or, as some might have called it, a cult.

Now, 15 years after Saskia left Home, she and the other teenagers from that time have received threatening letters saying they need to return, or else. Saskia and her friends have a secret, and if they ignore this call to come Home, their lives may be ruined. Together, they must decide— do they go back and face the past they’ve tried to escape, or do they hope the letter writer is bluffing? Not all of them agree—they don’t even remember their secret entirely in the same way.

Saskia knows she played a role in what happened, but has a hard time seeing it clearly. Who remembers it correctly? Or do they all have their own versions that hold aspects of the truth? Marta, a wise woman Saskia knew from Home, told her that’s how stories go.

“Stories belong to the victors. In the end, that’s what everyone’s really fighting for—the chance to tell the story of what happened, no matter what actually did.”

Fierce Little Thing is written in beautiful prose, with a winding narrative of alternating timelines. The story is captivating, thoughtful, and tense, a great read for those who enjoy psychological thrillers and complex puzzles. Highly recommended.