The Female Persuasion: A Novel 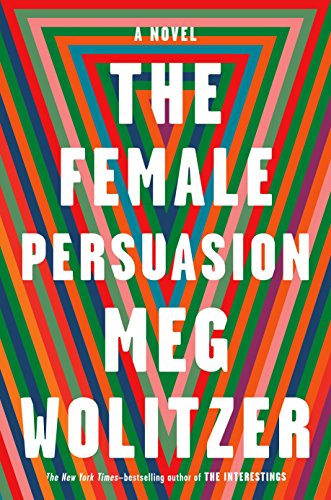 Greer Kadetsky, the brilliant, introverted child of two totally apathetic parents has never quite been able to find her voice—or, if she has found it, hasn’t been able to use it. It isn’t until a chance meeting with noted feminist Faith Frank that she begins to realize that she can use her gifts and her experiences—notably that of unwanted sexual advances from a male on her college campus—to help other women.

At the center of Greer’s story are her longtime boyfriend Cory Pinto, the son of immigrants who changed his own name to sound more American, and her best friend, Zee, who not only introduces Greer to Faith Frank but who also encourages her to find her truth and speak it. Neither of these relationships is without conflict, and both Cory and Zee’s stories take center stage at different points throughout the novel.

Greer’s mother refers to Greer and Cory—both intelligent, driven, motivated—as “twin rocketships” because their fates seem to be both intertwined and limitless. But when Greer discovers that her parents forgot to fill out the paperwork for her financial aid at Yale while Cory’s doting parents make his education at Princeton top priority, their two paths diverge.

Greer is forced to go to her “safe school,” where she has received a full scholarship. Despite that heartbreaking turn of events, Wolitzer shows through Greer and Cory how life circumstances shape us but don’t necessarily define our paths or success, and how everything we have thought our life would be can change in one instant.

When Faith Frank ends up hiring Greer to work at her foundation, which is only slightly tainted by the fact that it is funded by a huge venture capital firm with loose morals and deep pockets, it feels in a way as if her life has come full circle.

Faith is a bit like the magical (feminist) princess in the center of the fairy tale in that everyone seems to feel calmer, comforted and more important when her glow is cast in his or her direction. Although their cause is always at the center of what these characters do, their personal tragedies also come into play, which is not only realistic but also somewhat refreshing.

While their fight for change is important, so are their interpersonal relationships, their tragedies, their love affairs, and their internal struggles for happiness, fulfillment and truth. There is a real feeling in these characters of taking up the plight of others while not losing the self, a feat that so many seem to struggle with.

The theme of doing the wrong thing for the right reasons comes into play several times during this book and rings both familiar and true. Wolitzer deftly explores what people do when their backs are up against the wall, the justifications they make, and the sacrifices that can be involved with either taking the easy way out or standing on principal while letting go of something truly important. Neither is perfect and, in The Female Persuasion, as in life, gray areas abound.

The Female Persuasion feels almost shockingly relevant to today’s culture and the new wave of feminism that is omnipresent, how some moments can feel like incredible victories while others feel more like shouting into the void. The idea of trying to create change all the while realizing that perhaps a newer or better tactic could be more meaningful becomes as central to this story as it is in the world today. But the lesson of learning to live in this uncertainty is ultimately this novel’s great gift.