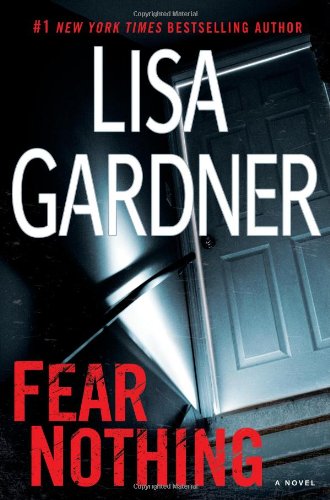 “If this story has a theme, it’s pain. Physical, emotional, psychological pain.”

Fear nothing? Fear everything. And everyone.

This is Gardner’s sixth Detective D. D. Warren novel, and like her other psychological thrillers, this story will keep you awake and make you think.

D. D. is her usual ballsy self but the engines that drive this story are Dr. Adeline Glen and Shana Day, estranged sisters, daughters of Harry Day, an infamous and brutal serial killer who ravaged his victims by removing strips of skin as trophies. Now a series of eerily similar killings attracts D. D.’s attention. The perpetrator is dubbed the Rose Killer for his, or her, habit of not only taking away strips of his victims’ skin but also leaving a bottle of champagne and a single red rose at the scene. Who is the Rose Killer? Is there a connection between him and Harry Day? Or maybe Adeline and Shana?

If this story has a theme, it’s pain. Physical, emotional, psychological pain. D. D. suffers pain after a fall—or was she pushed?—down a flight of stairs at a crime scene she foolishly revisited at night, alone. A serious and painful shoulder injury results.

This plagues her throughout the story and leads her to the offices of Dr. Adeline Glen, a woman incapable of feeling pain. She suffers from a rare neurological disorder that renders her immune to painful sensations, a condition that has severely limited her life, making sports and many other activities unwise. How could she know if and when she injured herself?

Devoid of painful sensations means bruises, breaks, and bleeding could easily go unnoticed and ultimately be life-threatening. But this limitation leads her to a career in psychiatry where she specializes in pain management. It is the management of her shoulder pain that leads D. D. to Dr. Glen’s office.

And what of Adeline’s sister, Shana? She has been in prison for 30 years of a life sentence for killing a childhood friend. Or did she? Was she simply so anti-social that her conviction was inevitable or was she truly a deeply disturbed sociopath, capable of killing without remorse? One thing for sure is that Shana relishes pain, repeatedly inflicting it on herself and others. Fellow inmates, and even the prison guards, tread carefully in her presence.

The danse macabre that unfolds among D. D., Adeline, and Shana creates a convoluted plot that will keep you guessing and intrigued until the final page.

Lisa Gardner writes great psychological thrillers, and Fear Nothing is yet another excellent example. Highly recommended.