Fatboy Fall Down: A Novel 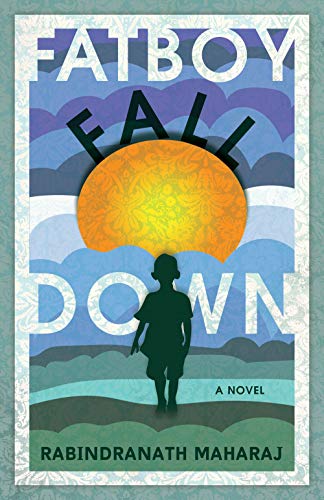 “[A] quiet book . . . a reflection upon our engagement with life, the different ways people find to cope with and to comprehend their existence in order to survive and move forward.”

As a child, Orbits was very fat. Constantly teased, tormented, and bullied by peers and even teachers, he early on retreated into himself, choosing to imagine himself floating high above the earth on a cloud. His father, a very down-to-earth man who made dentures for a living said he would “have to come down from that orbit.” And so the name stuck. He was Orbits from then on. And he liked it. It was far better than the names he was called by everyone else.

All of the characters in Fatboy Fall Down are known by descriptive nicknames. Orbits’ parents are Mamoose and Papoose. His brother, Starboy. His wife is Teapot, his daughter, Dee, as in chickadee. Friends and acquaintances go by names such as Skullcap, Cascadoo (the name of a fish), Moon, Halligator, Rabbit (a man with large incisors), Baby Rabbit (Rabbit’s son), and Mona (who moaned to her parents a lot as a child)—even Orbits’ boss, the rotund, gourmandizing Wally, admits his name is “short for Walrus.” Their given names are never mentioned. They live on a large, unnamed island in the West Indies where a short-lived oil boom once created a level of prosperity that is now merely nostalgic memory.

Life on the island is a struggle on every level. Many people emigrate to the US and Canada, leaving their familiar existence for new challenges. But Orbits has no desire to leave. The island is his life.

Author Maharaj was born on the island of Trinidad, and he suffuses his novel with wonderful detail of the varied and exotic indigenous plants and animals of the West Indies. But most of all there is the spoken language of the characters, almost musical in its manner and rich in imagery—one more confirmation of the distinctiveness of life on the island and its isolation from the outside world.

Orbits is similarly detached. He is unemotional and has little ambition, but he somehow manages to finish school, and, by a mixture of luck and circumstance, gets a series of long-lasting jobs. The dramatic events he experiences—marriage, divorce, the deaths of his parents—are dealt with quite briefly. What takes up the space in this novel are his thoughts on how other people cope with the challenges and difficulties of island life: poverty, death, grief, loneliness.

Orbits sometimes he wishes he could feel emotions more acutely. He thinks about the delusions and distractions we all create to deal with life, whether it takes the form of mystical, half-pagan religion or daily visits to the island’s ubiquitous rum shops. He debates the little bits of luck that have come his way. At one point he considers them as life’s way of balancing out the difficulties of his childhood. Later, however, he wonders if life won’t demand compensation in the future.

Orbits’ life is ruled by dulling routine. Each of his jobs is repetitive and undemanding, and though he eventually becomes a conscientious and even fastidious office worker, his is a compartmentalized existence—no outside interests, no passions. He works, he goes home. Even a post-divorce affair becomes routine, something as unsatisfying as it is inescapable.

At times he does things for others—whether it is just keeping someone company or helping poor farmers to organize to receive better government benefits. But personal satisfaction is elusive. And the routine of life always takes over. Time passes inevitably and relentlessly.

Orbits finds himself every now and again reassessing what he considers reality, realizing just as often that he has missed seeing things or has seen things in a way that now seems wrong. As he proceeds through middle age, Orbits searches for explanations and justifications. His self-doubt returns again and again as he considers his life and how he, of all people, escaped what others could not. But has he really? The question lingers.

This is a quiet book that builds slowly, gradually taking on momentum and urgency, just as the passage of time seems so slow when we are young and so fleeting when we get older. Fatboy Fall Down is in many ways a reflection upon our engagement with life, the different ways people find to cope with and to comprehend their existence in order to survive and move forward. And how what seems so clear and concrete at one point in life can become elusive and intangible with maturity.