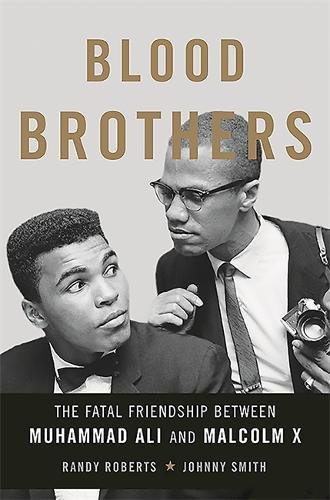 "Read this book. Do not wait until some modern Buffalo Bill makes this story into another epic movie about the West's greatest show!"

Blood Brothers chronicles after the Old West when "two American superstars, icons not just of their era and country, but for all time and around the world" tried to survive their fame. Author Deanne Stillman writes of them as "locked out of time itself."

William Frederick "Buffalo Bill" Cody's great notoriety began with the popular dime novel writer Ned Buntlines but his career as an entertainer started on Broadway. His Wild West (not "show") became the "premier frontier spectacle of its time—of all time."

Stillman writes "it was through these performances that the American dream time was amplified, advanced, and came to live forever." Performance shooter and easterner Annie Oakley, however, saved Cody's failing show when in joining it she unintentionally brought along her greatest fan Hunkapa Lakota leader Sitting Bull.

Oakley remembered Cody as the simplest of men. Stillman adds that he also had "a personality that was much like the frontier that shaped him—big, exciting, dangerous, with a heart that was elusive and wild."

The legends of Buffalo Bill contain great exaggerations but even the facts make for a great story. Too many years of trying to keep up with his mystic, however, eventually cost him a great deal, including nearly his favorite horse.

Sitting Bull, wrongly credited with killing George Armstrong Custer at the Little Big Horn, had that singular event obliterate everything else about him as a person. It forced him and the last of his followers to leave Canada and return to the United States to surrender.

Thus thrown together, the two buffaloes, Sitting (buffalo) Bull and "Buffalo Bill" Cody become not unlikely friends almost literally to the death of both of them. With their lives tied to the horse, however, "their time together in the theater of the West would be finalized in the most haunting of ways." The ghost of Custer followed them both.

The book concisely educates the reader new to the subject on a great many things such as the buffalo slaughter and the importance of the horse. The latter made the Plains Indians, but with the locomotive and the steamboat finally proved the Indians’ undoing. Even on horseback, they could not outrun progress.

Similarly, Stillman notes Sitting Bull's considerable but forgotten talents as diplomat, entrepreneur, guerrilla leader (for decades), spiritual inspiration, and visionary. He represents how so much of the Plains Indians lie forgotten such as Black Elk, second cousin of Crazy Horse, whose teachings still receive respect by "leaders of many denominations as one of the great works of spiritual import."

Research for this book included more than reading the mountains of publications on the two misunderstood heroes. The author made her own epic adventure in exploring the sites in the story of these real people.

Blood Brothers make for a rollicking adventure that proves that Buffalo Bill still entertains. The prose, however, needed some clarity here and there. Read this book. Do not wait until some modern Buffalo Bill makes this story into another epic movie about the West's greatest show!