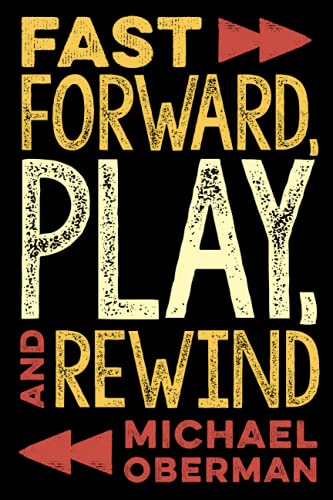 Michael Oberman was the music columnist at the daily Washington Star, taking over from his older brother, Ron, from February 1967 to March 1973. That was a particularly rich period in pop history, and Oberman—quite young at the time, just 19 when he started—had access to every act, big and small, that came through town. And therein lies both the strength and weakness of this book.

Although Rolling Stone, with an orientation to confessional celebrity journalism, had already been launched, Oberman’s youthful writing is hardly New Journalism. Instead, it’s from an earlier, just-the-facts school. This is a collection of the period columns, which were quite short and fairly formulaic. We got a few basic facts about the band, a list of the members and where they “hailed from,” and their chart position, if any. To Oberman, who later went into the music business proper, the charts mattered quite a lot. He would have fit in well at Billboard.

The writing isn’t bad, it’s just fairly pedestrian, and minus the go-for-broke passion that illuminated the early writing in RS, Creem, the Village Voice, and other outlets. But it gets better, as the British Invasion fades, psychedelia, the-album-as-art-form and country rock rear their heads, and free-form radio starts to widen musical tastes—including Oberman’s.

Consider the range of musicians featured in the book. There are both the period big names—David Bowie (encountered on his very first visit to the U.S,), the Beatles (via his brother), The Rolling Stones, The Doors, Led Zeppelin, Joni Mitchell, The Byrds, Jefferson Airplane, Janis Joplin, Rod Stewart—and, delightfully, a host of half-forgotten performers. Remember Emitt Rhodes, the Bonzo Dog Band, Starland Vocal Band (local DC favorites), Ian Matthews, Country Joe and the Fish, Quicksilver Messenger Service, the Sir Douglas Quintet, Lee Michaels, Brinsley Schwartz and a whole lot more? Each one gets his or her page, with bold predictions about future success and chart riches.

The best thing about the book is the interviews. Whenever possible, Oberman sat down with these people, and the resulting quotes are illuminating of the performers and the times. The best thing I can do here is to sample some of the more interesting utterances.

There are many more gems. At the end of the book, the columns peter out, and Oberman adds some anecdotes about his experiences in the music business. Here, he’s writing as an older-and-wiser adult, and the style is much improved. And funny, too. There’s a surreal scene with Bowie arriving in the U.S. and being whisked off to dinner in Silver Spring, Maryland, with Oberman, his brother . . . and their parents.

Bowie was apparently affable. “David was curious about my father’s work,” Oberman writes. “My father told David about his job as a branch manager for National Bohemian Bank, and David was delighted. He asked my father for a business card to have as a memento.” In a photo, he’s holding up the card. Oberman’s brother, by then a Mercury promo man, gave Bowie a copy of the Legendary Stardust Cowboy’s “Paralyzed,” and he not only recorded the song but also adapted the man’s name for his Ziggy Stardust persona.

This is not necessarily a book you’re going to want to read chronologically but keep it around for quick (the columns are short) visits back to an earlier and more innocent era.