Fall of Man in Wilmslow 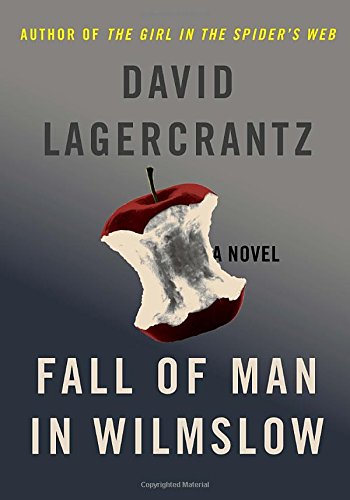 When Detective Constable Leonard Corell is called to a house in a quiet English suburb he discovers a man lying lifeless on his bed, white froth dried into a dribble of powder at the corner of his mouth, a half-eaten poisoned apple on the bedside table.

In another part of the house, two wires hang from a ceiling while a pan bubbles on a tabletop hotplate next to clamps for the wires and some kind of transformer. The stench of bitter almonds—cyanide’s telltale trademark scent—pervades the air.

It’s more like something from a twisted fairytale than a real-life scene in small-town 1950s England.

Even more startling is the identity of the dead man. He is Alan Turing, the eccentric maths genius whose Enigma code-breaking skills helped deal a victorious blow against Hitler just a few years earlier.

But there is no sinister murder mystery for the detective to solve. Turing has committed suicide.

This is the intriguing, completely true (except for the appearance of Detective Leonard Corell), beginning to a slow-paced but thoroughly absorbing novel based on the life and death of one of the 20th century’s most brilliant men.

Feted by the British government for helping to save England from the Germans—he was awarded an OBE in 1945—Turing was arrested in 1952 after reporting a burglary at his house. Even though homosexuality was a crime, the naive genius told police he suspected his lover, a man he’d picked up and taken home.

Found guilty of gross indecency, Turing has his security clearance immediately rescinded. He can avoid jail, he’s told, but only by agreeing to take the female hormone estrogen—not quite chemical castration, more an awful experimental hormonal handicap.

Provided the doses are high enough, sexual desire disappears within a month. Among the side effects (considered negligible by the authorities): temporary, though some would argue potentially permanent, impotence, and the development of breasts.

The question, according to Detective Corell’s bosses, is not how Turing died but whether, before killing himself, he’d been careless with state secrets.

After England’s spy scandal a few years earlier, when Guy Burgess and Donald Maclean fled to the Soviet Union, homosexuals were more ruthlessly pursued. After all, as Chief Superintendent Charles Hammersley is at pains to point out to the young detective, they are the ideal blackmail victims.

“They’ll do almost anything to stop their leanings from being exposed,” he says. “Our friends at the FBI have also noticed that the Russians specifically try to recruit queers . . . the Americans have a new, very professional organization . . . you’ve perhaps heard of it . . . It’s called the CIA and they have carefully analyzed perverts and come to the conclusion that they can’t be trusted.”

Something of an eccentric, if slightly bigoted, misfit himself, Corell becomes fascinated not by any investigation into Turing’s death, because there isn’t much of one, but by the mathematician’s work. The policeman’s imagination is fired by mention of a paradox said to have caused a crisis in the world of mathematics.

The more he finds out, the more he’s reminded of his own unfulfilled dreams of reading higher math at university—dreams thwarted by his intellectual father’s hedonistic wastefulness. He spends hours reading Turing’s papers and theories, including the mathematician’s obsession with developing a machine that could think for itself.

As the frustrated academic delves deeper into Turing’s world and work, he stumbles close enough to some top secret truths about the mathematician’s time at World War II code-breaking headquarters Bletchley Park—and beyond—to seriously endanger his own life

This noir-ish novel is neither conventional thriller nor mystery. There is, after all, no surprise about real-life Enigma code-breaker Alan Turing’s tragic fate; many of the other characters in the book are also real as are many of the events described.

There’s a slow “otherness” to the writing, possibly connected to its translation from the original Swedish, which suits the somewhat plodding character Lagercrantz has created in Corell, as well as an old-fashioned Englishness he captures surprisingly well.

It’s a pity about the title, though. Perhaps it worked better in the original Swedish. Assuming the author meant to equate it to the biblical Fall of Man, it’s technically okay, but it’s a clumsy construction, off-putting and hard to remember.

Since writing this odd, though strangely satisfying novel—released for the first time in the U.S. in May 2016, but written and first published in Europe in 2009—Lagercrantz has leapt from virtual obscurity to literary stardom after being chosen by the estate of the late Stieg Larrson to write the fourth book in the series that began with The Girl with the Dragon Tattoo. The result, The Girl in the Spider’s Web, debuted at #1 on the New York Times bestseller list and sold more than 200,000 copies in its first week of release.