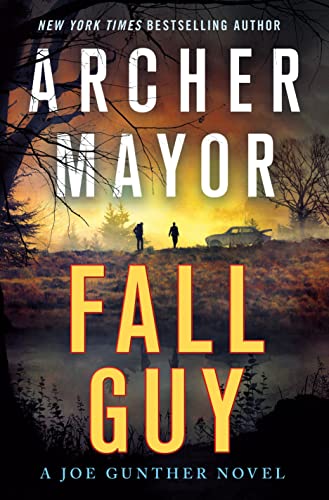 Readers who love police procedural mysteries will love this novel.

Readers who love the Joe Gunther VBI series will love this novel.

Readers who love crime novels set in Vermont and surrounding environs will love this novel.

Add all three together and you get volume 33 of the Vermont-based police procedurals featuring Joe Gunther and his colleagues at the Vermont Bureau of Investigation—a series that never disappoints.

Sometimes the author mixes and matches the characters and elements differently in experimentation. This time he focuses on the team who built the series, in a plot that exemplifies the classic concept of “opening a can of worms.”

It seems a straightforward case at first: find out who killed the guy found in the trunk of a car. But then he’s quickly identified as a career thief, whose track links to cases on both sides of the Vermont/New Hampshire border, connecting lowlifes to highbrows as well as an unsolved case of a missing youth, many years cold.

The crimes include murder, extortion, drug running, sex trafficking, thievery and fencing, illegal explosives, and most everything else you might find in a criminal can of worms.

Each member of Joe’s team is dispatched to investigate the separate strands, which eventually wind together. Kudos to the author for not only devising a complex, multigenerational, interstate, cross-crime plot, but also presenting it so cleanly that readers can follow the complexities without getting lost.

Although the fan base for this series has long expanded beyond Vermonters, those readers still get the best bang for their buck from the frisson of recognition. In Fall Guy, like its predecessors, passage after passage accurately and eloquently portrays all portions of the state. Anyone who lives in Vermont, or spends a lot of time there, is repeatedly rewarded with place as a vivid character in—and foundation for—the story.

This goes beyond the name-dropping commonly done in other novels. While occasionally a specific road is mentioned in Archer Mayor’s novels, there’s no “We turned onto Main Street then left on Elm, after driving six blocks to Sixteenth” kind of map following. Such directions in L.A., for example, are meaningless to a reader who lives in Indianapolis, just as they would be in Vermont to a reader who lives in Seattle.

“Among the state’s earliest settlements, Brattleboro was named after a Brit who never set eyes on it. Location always played in its favor. Once the beneficiary of being on the edge of the Connecticut River, the region’s watery turnpike to points south before paved roads, it still has New Hampshire and Massachusetts within striking distance and is, centuries later, the only town in Vermont with three exits off of Interstate 91.

“Modern times have reduced these advantages. Brattleboro remains the first bite of Vermont that any northbound, high-speed visitor consumes of the state. But in truth, the rest of Vermont has essentially left it behind, and most tourists are inclined to travel beyond those first off-ramps. Burlington, 150 miles away, in the state’s opposite corner, and on Lake Champlain, is far bigger; Killington, Stratton, and Stowe have the ski slopes, even Waterbury has Ben and Jerry’s. Brattleboro, for its lingering cachet of having been a drop-off point in the countercultural sixties, remains a town of some twelve thousand people often wondering how to stay viable.”

Additionally, across the Connecticut River:

“Keene, New Hampshire, some eighteen miles east of Brattleboro, is twice its size. Again named after an absentee Brit, it’s a college town, an ex-railroad junction, a nineteenth-century manufacturing magnet, a tourist crossroads, and Brattleboro’s primary threat to economic survival. It even has a regional airport next door. With its stores, movies, restaurants, and no sales tax, it’s a formidable and chronic source of concern to its rival’s politicians, merchants, and chamber of commerce.”

Within this framework, specifying a street name has value. Willy Kunkle (key character on the team) and Ron Klecszewski (a secondary character onstage in this volume) “were on South Main Street, in Brattleboro, heading for the home of [victim’s] next of kin. . . . South Main is not one of Brattleboro’s ritzier neighborhoods, as the patrol division of the PD could attest. Assaults, domestics, drug deals, and complaints in general were regular trade. But as with most things in this town and Vermont generally, the volume and intensity were not something to impress any big-city cop. Blessedly, the Green Mountain State remained among the three lowest rankers of the FBI’s crime statistics, alongside New Hampshire and Maine. Sin City, this was not.”

Narrative of this type is the connective tissue between scenes of action and investigation. Each shift between location and character viewpoint is carefully placed in physical and cultural context as the team moves around interviewing suspects and gaining data to solve the crime(s). Thus readers get a true sense of where to support the who-when-what-how of the mystery.

Fans eager for the next installment are going to be disappointed for an unspecified while. The author announced on social media a few months ago that after this book he’ll be “taking a pause from the series in order to focus on medical examining.”

Since being a medical examiner/death investigator for the State of Vermont is his other job, and that experience helps create the verisimilitude of these novels, we reluctantly must accept a break from his volume-per-year output.

But stay tuned. When the author returns to writing, he’ll surely have more to invest in the series for our continuing intrigue, education, and entertainment.