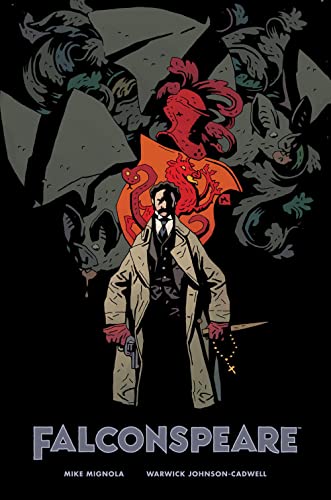 “crisp, clear, and evocative . . . a supernatural thriller that takes you where you least expect to go.”

Falconspeare features a team of monster-hunters, with the opening pages starting off with a bang—or rather a bite—as two men and a woman battle with a vampire. The action then fast forwards to 15 years later. One of the vampire-slayers, James Falconspeare, has been missing. Mysterious letters lead his friends to look for him.

The period is solidly that of the Dracula era, and the reader is immersed in a richly illustrated Victorian world of phantoms and fears. The drawing is crisp, clear, and evocative, as is the text. This is a kind of graphic novel version of the old television series, Supernatural. The format works well for this genre, creating a world of light and deep darkness.

Looking for Falconspeare, the friends follow the trail of a biting fiend who has left a wide swath of young victims behind. Falconspeare, they assume, is hunting the creature—or perhaps has fallen victim to it himself.

The plot twists and turns in clever ways. When the friends do find Falconspeare, he explains his long absence first:

“I had been immersing myself alone in fieldwork for some time. My plan was to return to the university and record my endeavors and findings, but I had one last enquiry to undertake before my return home.”

The fiend turns out not to be the biter but an equally horrible monster. How will Falconspeare vanquish the rapacious murderer all by himself? Does he need his friends to succeed? No more hints from this reviewer. It’s enough to say that this is a supernatural thriller that takes you where you least expect to go.