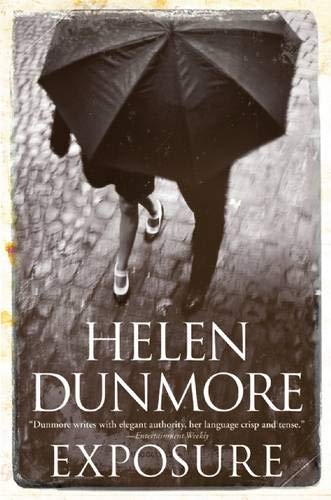 The title of Helen Dunmore’s masterfully crafted novel should perhaps be in the plural, encapsulating as it does a number of exposures that tickle the reader’s thoughts long after the final page has been turned.

Set in the Cold War years of 1960s London, “It starts with the whistle of a train, shearing through the cold, thick dusk of a November afternoon.” The train is something of a talisman throughout, with the novel a kind of grown up version of Edith Nesbit’s 1905 book The Railway Children, with train-spotters, plotting, and disasters aplenty.

We first meet Lily Callington as she digs over her vegetable patch, a married woman in her thirties with her feet “planted in safely mortgaged earth.” This same soil holds a crucial element of the drama as the story of Lily and her husband Simon unfolds.

After a seemingly innocent telephone call to Simon and Lily’s home one evening, a chain of events is set into play with an irresistible force, leaving the reader crying “No! Don’t do it!” The call comes after their three children have gone to bed and is from Simon’s Foreign Office colleague Giles Holloway, the man who got the unambitious Simon his job in the first place.  Giles is calling from hospital following an accident. He asks Simon to retrieve immediately some documents he has been working on at home, and return them to the office. The ever-accommodating Simon abandons the Railway Magazine he has been reading and sets off on his mission.

But Giles is no benevolent friend. The older man, who was Simon’s lover when he was at university, is now part of a spy ring. When Simon studies the documents stamped TOP SECRET, he realizes he is now incriminated in the subterfuge, and his options for exposing Giles are clearly limited.  These are the days before homosexuality was legalized, and one can only begin to imagine which of these crimes held the biggest fear of exposure for a happily married man and father like Simon.

Predictably, Simon is arrested. But without the documents, which Lily has stumbled on and buried in the garden, the case against him is weak. When the story hits the headlines, Lily, who escaped Germany as a Jewish child, runs once again.

This time, she finds a quiet, isolated cottage in Kent to shield her three children from the scandal of their father being tried as a spy. But there is no escape this time, and the story really begins to sizzle when pressure is applied to Simon to take the fall for the espionage in exchange for keeping his homosexuality under wraps.

Dunmore’s unfussy writing convincingly evokes the period. Lily and Simon are well drawn, their “ordinariness” evolving into something understatedly poignant. The reader empathises with their plight and that of their three children, but though the story is broadly credible, the ending feels clichéd. Perhaps there is just one echo of The Railway Children too many, leaving the reader with a sense of déjà vu but not necessarily in a positive way. Nevertheless a very enjoyable read.